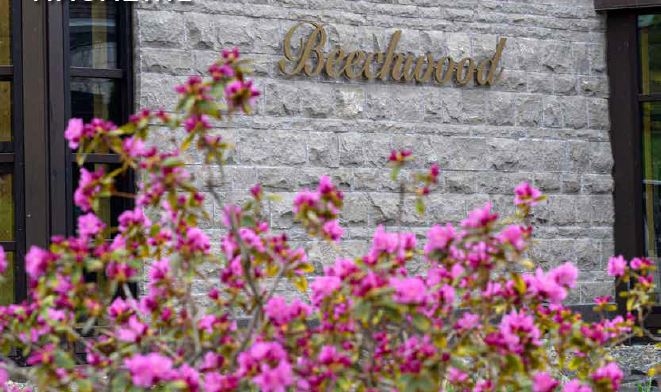 ONE OF THE JOYS of working at Beechwood is the constant learning and discovering new history and heritage pieces. As you all can imagine, we are constantly undertaking research on people, symbols and communities at Beechwood and the greater Ottawa region. Once in a while, there is a piece of history that eludes you.

If it wasn’t for a reference in a 1920 edition of the Ottawa Journal, this symbol would have eluded me still. I finally discovered its meaning because of an anniversary dinner hosted by the Grand International Auxiliary to the Brotherhood of Locomotive Engineers (BLE) here in Ottawa. The G.I.A. was the wives of the members of the BLE, many of whom were already meeting in small groups scattered throughout the U.S. and Canada, there was no established organization to bring them all together.

The G.I.A. organized these groups of women whose mission would be to help elevate their husbands and families educationally, economically and socially. Within a few years’ time, the GIA grew to more than 26,000 members, with 600 lodges (now called auxiliaries) in the U.S. and Canada. Promoting fraternal love and sociability within the families of BLE members was the main purpose of the G.I.A. Over the years, these women banded together for their mutual protection and in the interest of their loved ones in the BLE. Charitable projects, such as the GIA Orphans Pension Fund and other funds to care for aged and indigent members were established.

Thank you and, as always, we hope you enjoy this issue.