Exploring the vast grounds of Beechwood, this version of the tour program focuses not only on the History of Beechwood and those buried here, but more specifically on those who were involved with the Indigenous Community. Those like Dr. Peter Henderson Bryce; who while working at Indian Affairs documented the health crisis in the Residential school system, and Nicolas Flood Davin who wrote the book ‘Industrial Schools for Indians and Half Breeds’ that was used as the foundation for creating the residential schools.

The Great Canadian Plaque program is a refreshing and unique way to display history. Rather than tear down plaques highlighting the prominent work Canadians did, the plaques are transformed to a dual reflection informing the reader about both their achievements and the impact they had on the Indigenous community. Beechwood does not want to rewrite history or show one side of a person. People are complicated and conflicting beings, and these plaques reflect that. 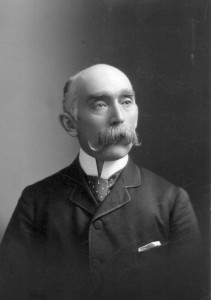