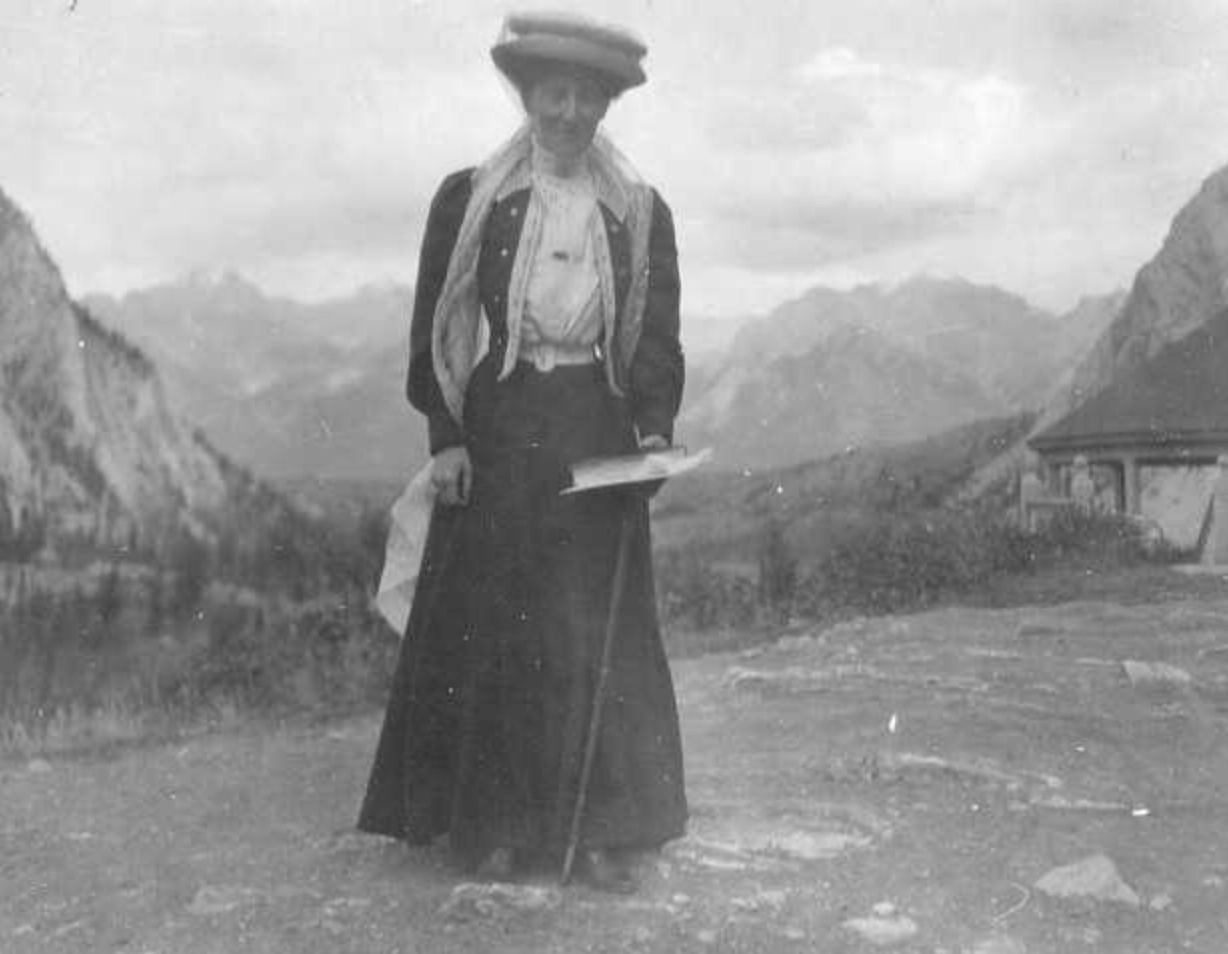 Henrietta Tuzo was born in Victoria in 1873 and was educated there and in England. She was a pioneering woman, but not in the traditional sense.

Wilson was known for her love of climbing. By 1906 she had climbed many mountains in the Alps and in western Canada, being the first Canadian-born woman mountaineer. And a pioneer she was: she made the first ascent of Peak Seven of the Ten Peaks (3,246 m) in the Canadian Rockies. This peak was later named for her – Mt. Tuzo.

Mount Tuzo, previously "Peak Seven" or "Shagowa", was named in 1907 after its first ascendant Henrietta L. Tuzo. It is located within the Valley of the Ten Peaks in the Canadian Rockies, along the Continental Divide, which forms the boundary between British Columbia and Alberta in this region. 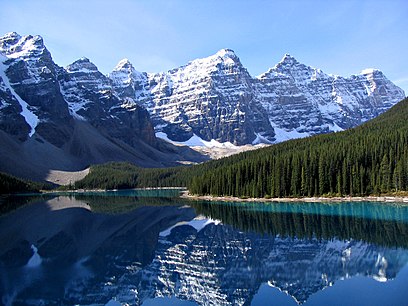 Valley of the Ten Peaks (French: Vallée des Dix Pics) is a valley in Banff National Park in Alberta, Canada, which is crowned by ten notable peaks and also includes Moraine Lake. The valley can be reached by following the Moraine Lake road near Lake Louise. The ten peaks were originally named by Samuel Allen, an early explorer of the region, who simply referred to them by using the numerals from one to ten in the Stoney First Nations Language. He may have learned the terms from his Native American guides, who helped him with the horses. The Nakoda–also known as the Stoney Indians–is a tribe whose culture and dialect are closely related to that of the Assiniboine First Nation, from whom they are believed to have separated in the mid-1700s, and who roamed large parts of the prairies and mountains of western Alberta well into British Columbia. The secluded Valley of the Ten Peaks was part of their original homeland. Gradually, though, all but three of the mountains were renamed in honour of noteworthy individuals, including Allen himself.

She was also a charter member of The Alpine Club of Canada, which was where she met her future husband.

The Alpine Club of Canada (ACC) is an amateur athletic association with its national office in Canmore, Alberta that has been a focal point for Canadian mountaineering since its founding in 1906. The club was co-founded by Arthur Oliver Wheeler, who served as its first president, and Elizabeth Parker, a journalist for the Manitoba Free Press. Byron Harmon, whose 6500+ photographs of the Canadian Rockies in the early 20th century provide the best glimpse of the area at that time, was official photographer to the club at its founding. The club is the leading organization in Canada devoted to climbing, mountain culture, and issues related to alpine pursuits and ecology. It is also the Canadian regulatory organization for climbing competition, sanctioning local, regional and national events, and assembling, coaching and supporting the national team.

In 1907 she married John A. Wilson, another pioneer, known as the “father of civil aviation” in Canada. After marriage and a move to Ottawa, Wilson retained her love of climbing but was also involved in many public-spirited organizations, including the National Council of Women, the Red Cross, the Canadian Parks Association, the Women's Canadian Club, the League of Nations, the Ottawa Local Council and the Horticultural Society. Wilson was awarded the King's Jubilee Medal 1935 and Coronation Medal 1937 for her successes.

The King's Jubilee Medal 1935 was to mark the 25th year of the accession of King George V to the throne. This medal was awarded to the Royal Family, officers of state, officials and servants of the royal household, ministers, government officials, mayors, public servants, local government officials, members of the navy, army, air force and police in Britain, her colonies, and in Canada.

Coronation Medal 1937 - Distribution in Canada was as follows: Canadian Contingent to Coronation (351 officers and non-commissioned members); each surviving recipient of the Victoria Cross; District Officers Commanding and wives; military personnel received 1,284, including five women (three nurses); the staff of the Governor-General and their spouses; Honorary A.D.C's and spouses; Members of Cabinet and spouses; secretaries and members of staff of each minister; Privy Councilors in cabinet and spouses; Senators and spouses; Members of the House of Commons and spouses; Mayors of towns and cities over 1,000 population; warden of counties; judges; Dominion and Provincial Deputy Ministers; and Members of Provincial Legislatures and their spouses.

Her husband praised her common sense. Wilson was a tall and elegant woman with a sunny disposition, a dedicated homemaker, a warm companion and tireless worker for so many causes dear to her heart and to her commitment to improve society. She made it her mission to visit every WW II war bride who came to Ottawa. Wilson died 11 January 1955 at 81, just three months after her husband.