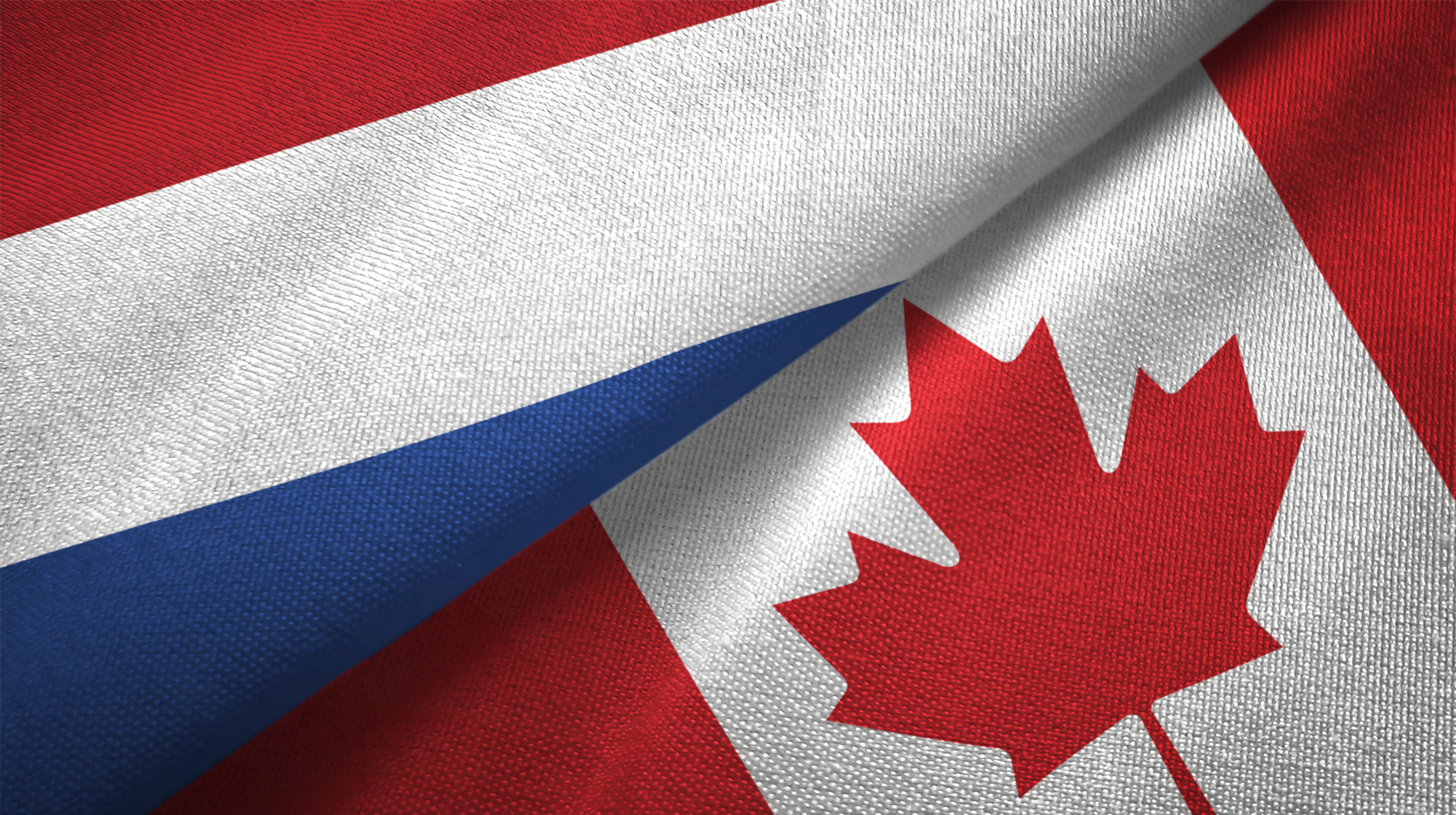 The First Canadian Army also played a leading role in opening Belgium and the Netherlands' Scheldt estuary (tidal river), gateway to the port of Antwerp. Access to this port was essential to maintain supply lines to the Allied armies as they continued their push toward Germany to defeat Adolf Hitler's forces and free Western Europe from four years of Nazi occupation which had begun in April 1940.

Following the conclusion of the Battle of the Scheldt in November 1944, winter brought a period of reduced fighting in anticipation of the push over the Rhine River in the new year. When the new Allied offensives began in 1945, the First Canadian Army helped liberate the northeastern and western Netherlands, until the German Army officially surrendered May 4, 1945.

Size of the Canadian Armed Forces

The First Canadian Army in northwestern Europe during the final phases of the war was a powerful force, the largest army that had ever been under the control of a Canadian general. The strength of this army ranged from approximately 105,000 to 175,000 Canadian soldiers to anywhere from 200,000 to over 450,000 when including the soldiers from other nations. More than 7,600 Canadians died in the nine-month campaign to liberate the Netherlands, a tremendous sacrifice in the cause of freedom.

Remembrance Day (Dodenherdenking), on May 4, is an annual observance in the Netherlands that remembers those who died during war and in peace-keeping operations. The first Remembrance Day was held on Amsterdam's Dam Square in 1945, according to some sources, while others claim that it was observed for the first time on May 4, 1946.

Until 1961 the commemoration only related to the Dutch victims of World War II.  Since 1961, the victims of other military conflicts (such as the Indonesian National Revolution in Indonesia) and peacekeeping missions (such as in Lebanon or Bosnia) are remembered on May 4 as well. Remembrance gatherings are held throughout the Netherlands.

Every year, people dedicate two minutes of silence at 8pm (local time) on May 4 to pay their respects to soldiers and civilians who died during World War II, as well as other military conflicts and peace-keeping missions. Wreaths are laid at various places, such as the National War Memorial in Amsterdam.

Since 2011 the official text of the Memorandum for Remembrance Day on 4 May is as follows:

During the national commemoration of Remembrance Day we remember all Dutch victims – civilians and soldiers – who have been killed or murdered in the Kingdom of the Netherlands or anywhere else in the world in war situations or during peace-keeping operations since the outbreak of the Second World War.

Liberation Day (Dutch: Bevrijdingsdag) is a public holiday in the Netherlands celebrated each year on 5 May to mark the end of the occupation by Nazi Germany during World War II. On 5 May 1945, at Hotel de Wereld in Wageningen, I Canadian Corps commander Lieutenant-General Charles Foulkes (buried at Beechwood) and Oberbefehlshaber Niederlande commander-in-chief Generaloberst Johannes Blaskowitz reached an agreement on the capitulation of all German forces in the Netherlands. The capitulation document was signed the next day (no typewriter had been available the prior day) in the auditorium of Wageningen University, located next door.

After liberation in 1945, Liberation Day was celebrated every five years. In 1990 the day was declared a national holiday when liberation would be remembered and celebrated every year. Festivals are held in most places in the Netherlands with parades of veterans and musical festivals throughout the whole country.

This Dutch national remembrance is not only taking place in the Netherlands, but also abroad. Every year, the Embassy of the Kingdom of the Netherlands in Ottawa and the Consulates-General in Toronto and Vancouver commemorate the Canadians who gave their lives for the liberation of the Netherlands 76 years ago.

In Ontario, May is Dutch Heritage Month and since May 5 2019, May 5th is Dutch Heritage Day in Canada. In Ottawa, this commemorative service has always taken place on May 4th at 2pm. This is to make sure that, given the time difference between Ottawa and the Netherlands, this ceremony is taking place at exactly the same moment in both countries.

For several years, the Embassy has partnered with Beechwood Cemetery to celebrate its commemorative service at the National Military Cemetery. This takes place at the central monument, which is dedicated to the men and women of the Canadian Armed Forces who have served Canada with honor and distinction. It is indeed a beautiful and fitting location to hold this service, both with Canadians and Dutch people.