The History of the Beechwood Mausoleum 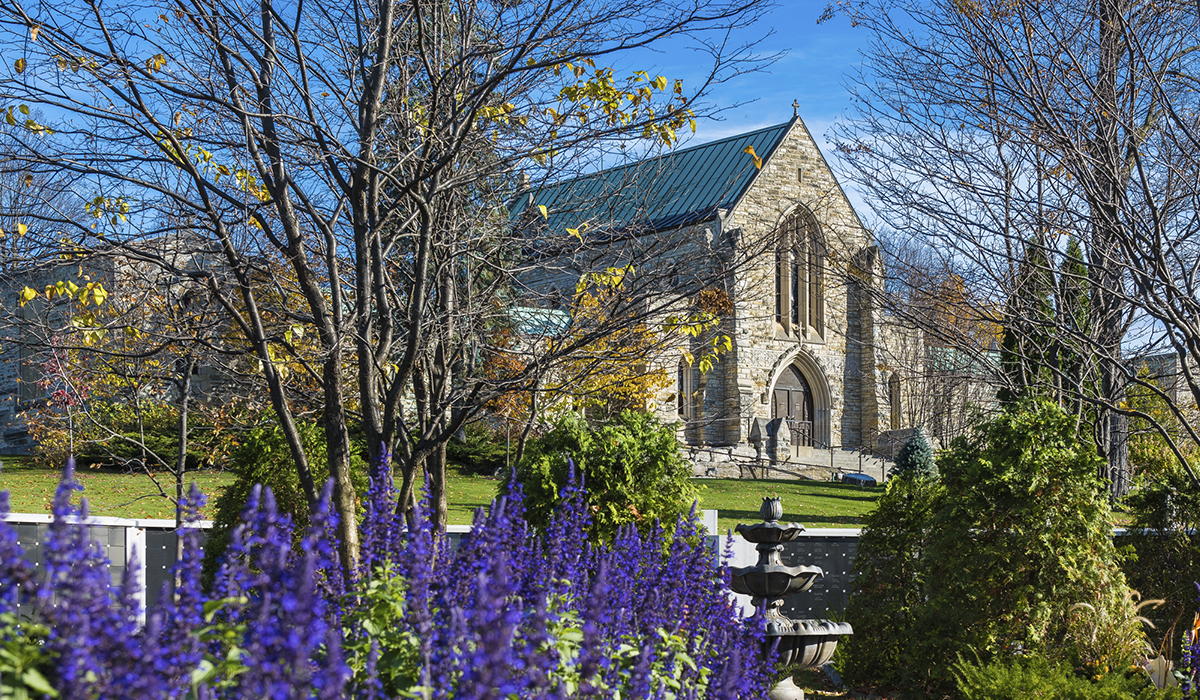 The History of the Beechwood Mausoleum

This stately structure opposite Beechwood’s reception centre was constructed in 1930 to serve as a mausoleum but has had the added functions of crematorium (no longer) and columbarium. Praised as “the most important and imposing mausoleum in Canada”, its architectural values were recognized soon after its completion by the judges of the 1932 exhibition of the Royal Architectural Institute of Canada. They awarded it “Honourable Mention”, but chose another Ottawa building, the Bank of Montreal on Sparks Street, for the Medal of Honour.

The purpose of a mausoleum is to provide a tomb for the dead, the name having been derived from a magnificent tomb erected for King Mausolus, a fourth-century-BC ruler of Asia Minor. Beechwood’s mausoleum contains 546 crypts for permanent entombment, located along a corridor running the length of the building and along side corridors, and there are a number of rooms to serve the members of a family. The entrance to the mausoleum leads into a central chapel from which the main corridors run. The chapel’s walls, decorated with nicely carved faces, rise to a lofty vaulted ceiling. The gates of the various rooms are bronze. Stained glass windows fashioned by James Blomfiled, renowned designer and glass painter of the Luxfer studios in Toronto, are a feature of the building, providing scenes based on biblical and other events which are particularly attractive when the sun falls on a window.

Architect William Ralston of Windsor, Ontario, the mausoleum’s designer, employed the Gothic style of architecture, adapting to modern use the features of buildings erected in medieval times when the builders of cathedrals made wall openings for windows and doors in the shape of pointed arches. They constructed vaulted ceilings and decorated walls with sculptured forms representing foliage, birds, animals, humans and mythological creatures, often grotesque in appearance. Symbols of a religious nature, such as the cross, were often carved into walls.

In 1961 a crematorium was installed in the lower part of the mausoleum to provide cremation services for which there was at first a limited demand, but which increased to the extent that by 1975 slightly more than 20 per cent of Beechwood’s burials were cremated remains, the proportion subsequently rising to more than half. A part of the mausoleum now serves as a columbarium for the storage of cinerary urns and several areas of Beechwood’s grounds have been set aside for urn burials.

Three quarters of a century after its construction Beechwood’s mausoleum remains an undiminished architectural treasure and a worthy companion of Ottawa’s more famed examples of Gothic architecture, the buildings of Parliament Hill. They consist of the East and West Blocks and the Library of Parliament, constructed in the mid-years of the 19th century, and the present Center Block with its soaring Peace Tower, which replaced the original parliament building destroyed (except for the library) by the 1916 fire.

The beauty of the mausoleum reflects the design of a gifted architect and the craftsmanship of stone masons, stone carvers and glass decorators. The quality of the carving suggests that the stone carvers who decorated the Center Block and Peace Tower to such great effect brought their skills to Beechwood to create another outstanding example of the Gothic art.

History
A History of the CSIS National Memorial Cemetery
Written by | March 8, 2022
Share this: