Beechwood Mausoleum had an auspicious start 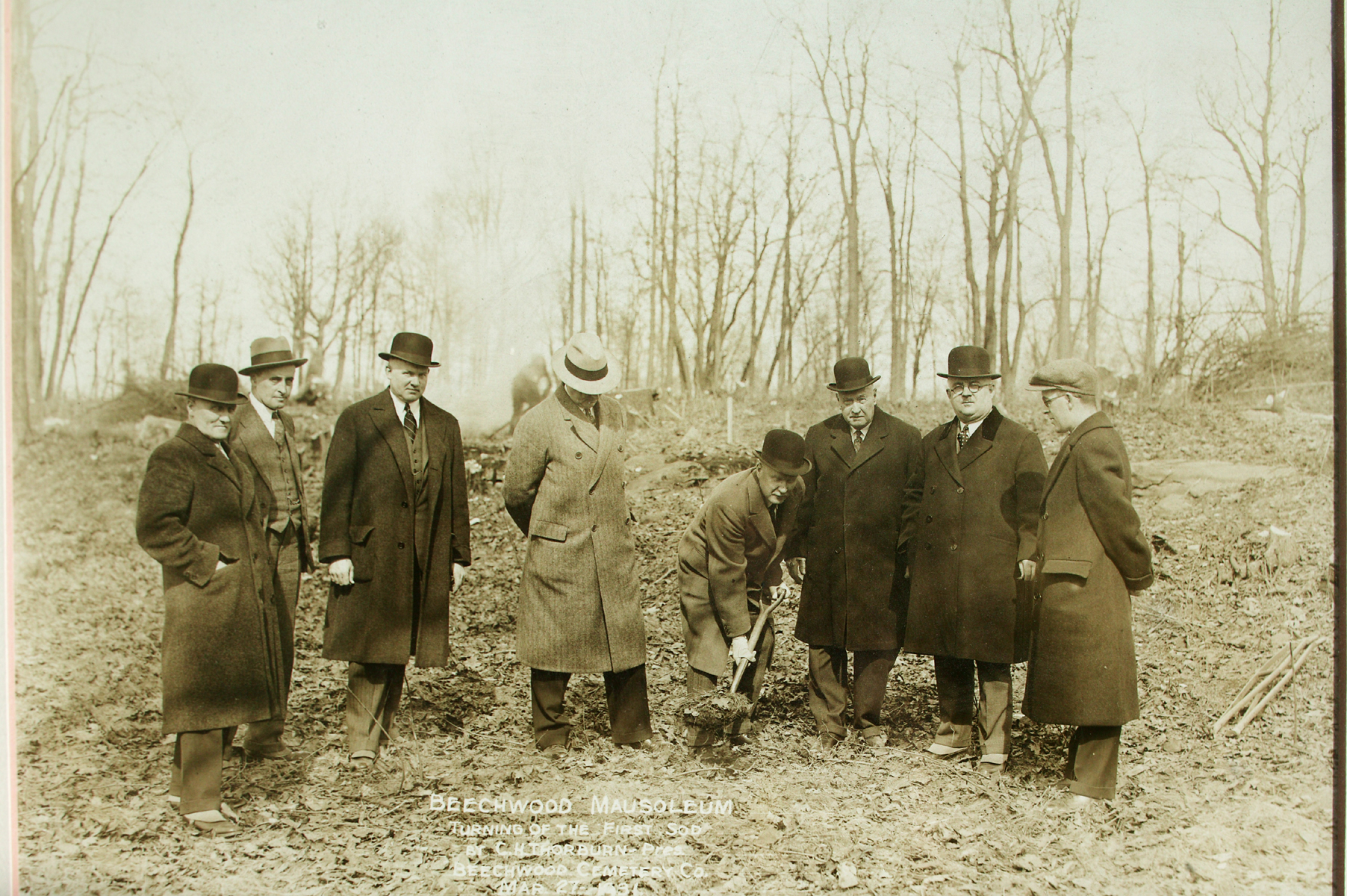 Beechwood Mausoleum had an auspicious start

After years of consideration, hesitation, and due diligence, vice president Charles Thorburn had shoveled the first sod for a community mausoleum.

Looking on had been cemetery representatives along with the president and salesmen of the company who would build and sell it—Canada Mausoleums Limited of Toronto. The board had carefully researched community mausoleums and negotiated changes to the builder’s standard contract.

Yet when it came time for Canada Mausoleums to hand over the perpetual care portion of sales revenues, the company proved elusive sending only a small initial payment and promises. Bad timing in building at the beginning of the Depression is only part of the story. The exuberance of an entrepreneurial mausoleum builder who pursued the 1920s dream of perpetual growth was equally important.

Pre-need sales was a new idea for the Beechwood board in the 1930s but not for Canada Mausoleums. Immediately after signing the contract on March 24, 1930, the builder’s salesman went to work placing newspaper ads and taking orders. Sales went well and Canada Mausoleums did not invoke the contract clause voiding the deal if paid up orders would not cover the construction costs. Yet by the time the building was completed in January 1932 the Beechwood board had to order Canada Mausoleums to remove lumber cluttering the grounds. Things got worse.

In March 1933 Beechwood wrote to Canada Mausoleums requesting the perpetuity fund owed to the cemetery under the contract and now overdue. Nothing came back except proposals to amend the contract. December 1933 the roof needed repair—work covered by a guarantee written into the contract. But Canada Mausoleums had not paid the roofer. The roofer’s bank suggested that Beechwood get JD Sanderson to repair the tar and gravel roof and put the copper roofing “in first class condition” while the bank pursued Canada Mausoleums on behalf of their now bankrupt company.

Meantime Beechwood was trying to track which crypts had been sold and how much money customers had paid the builder for perpetual care. What they discovered was the transfer of some unsold crypts to one of Canada Mausoleums’s suppliers, Wallace Quarries of Montreal, in lieu of payment.

A few more had been put in the name of the company president’s wife. None of this should have happened. Canada Mausoleums had successfully completed eighteen projects elsewhere with no complaints and the Beechwood Mausoleum had sold well. But the company may have allowed construction costs to escalate. One change came early and its cost should have been calculated into the crypt prices. In May 1930, Canada Mausoleum’s president and the architect, William Ralston, visited Ottawa. They decided that the Mausoleum should be moved from the quarry in the east end of section 50 to just inside the entrance at the top of the hill back of the old receiving vault. The contract was amended so that Canada Mausoleums bore the cost of building a road to the new site, excavating the rock, and dumping it into the quarry. Two other changes came after construction began and may not have been covered in the sales price. The first change probably had minimal impact. The contract called for cladding the outside with Indiana Limestone or stone of the board’s choosing.

On March 25, 1931, board members climbed into a car for a tour around Rockliffe to check out stone used there on houses. They came down to two choices—the local limestone used on Norman Wilson’s house (husband of the newly appointed Senator, Cairine Wilson) and what the minutes called Nepean sandstone on Warren Y. Soper’s house, Lornado (Wilson’s house is now the home of the Papal Nuncio while Lornado is home to the United States Ambassador). They chose the stone on Lornado which, coincidently, was the home of board secretary Cecil Bethune’s father-in-law. The second change may have been the financial killer.

The builder’s March 28, 1931 newspaper ad shows a building with a Gothic look but, like the builder’s other mausoleums I have seen, appears to have little or no carving. Yet we now see on the façade carvings of roses, fleur de lys, thistles, etc., along with birds and about eighteen individualized faces. Did Canada Mausoleums properly understand the cost of such elaborate carvings given how different these were from previous projects? The best estimate I have been able to find for crypt revenues as of 1933 is $264,000.

Out of this Canada Mausoleums had to pay at least $200,000 in construction costs (as stated in the Ottawa Citizen March 27, 1931) and set aside about $40,000 for the perpetuity fund they promised customers was built into the sale price. This leaves at most $24,000 for all other costs, overhead and profit. With at best a margin of $24,000, should Canada Mausoleums have carved a grand statement in stone at Beechwood? In the end nothing could be done

. On August 7, 1936 Canada Mausoleums gave up its property rights in the mausoleum and Beechwood took it over, lock, stock and crypt. The entrepreneurial Canada Mausoleums had expressed all the optimism of the 1920s and of a commercializing death industry. But it only barely survived the 1930s and while it remained in business until its president’s death in 1955 it never sold another community mausoleum.

The Beechwood board, on the other hand, had despite all their caution been left with a building requiring expensive upkeep but with few unsold crypts to fund its care. Their predicament was complicated by running Beechwood partly to return a small safe income to shareholders and partly as a civic duty. They simply lacked the capacity for intensive salesmanship required to build a perpetuity fund.