Beechwood Cemetery: A place to remember and pay tribute to heroic Canadians 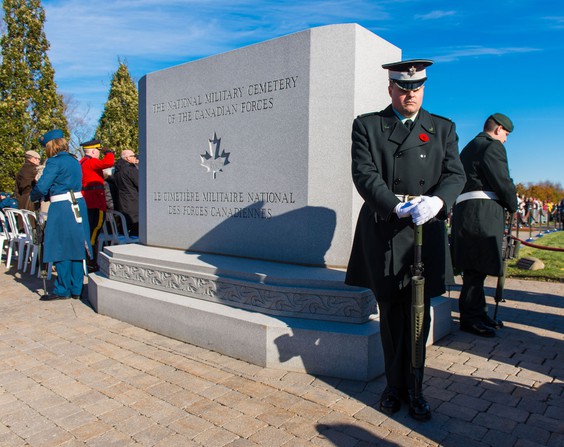 Beechwood Cemetery: A place to remember and pay tribute to heroic Canadians

The generation of Canadians, Americans and Brits that defended the Allied west in World War II is known as “the greatest generation” for good reason. More than 45,000 Canadians of our parents and grandparents generation died defending Canada, the British Empire and the free world against a dangerous enemy.

Without their sacrifice, the world today would be a very different place than the nation we live in today. Their sense of duty continues today with the brave men and women of the Canadian military, RCMP, police and diplomatic forces who protect our nation. Like those who died in war, they are the first to confront danger, making the world a safer place, asking little in return.

It's for good reason they have proud and ancient traditions to honour their comrades killed in the line of duty. Soldiers, police and first responders are all a part of the next “greatest generation”, a select group who inherited their love of nation and sense of duty from their mothers and fathers.

Many of them rest in our national cemetery, Beechwood Cemetery. Serving many diverse communities, Beechwood is the also the official resting place of the National Military, Veterans and War Dead, the RCMP, the CSIS, the Ottawa Police and the Ambassadors and Foreign Service personnel.