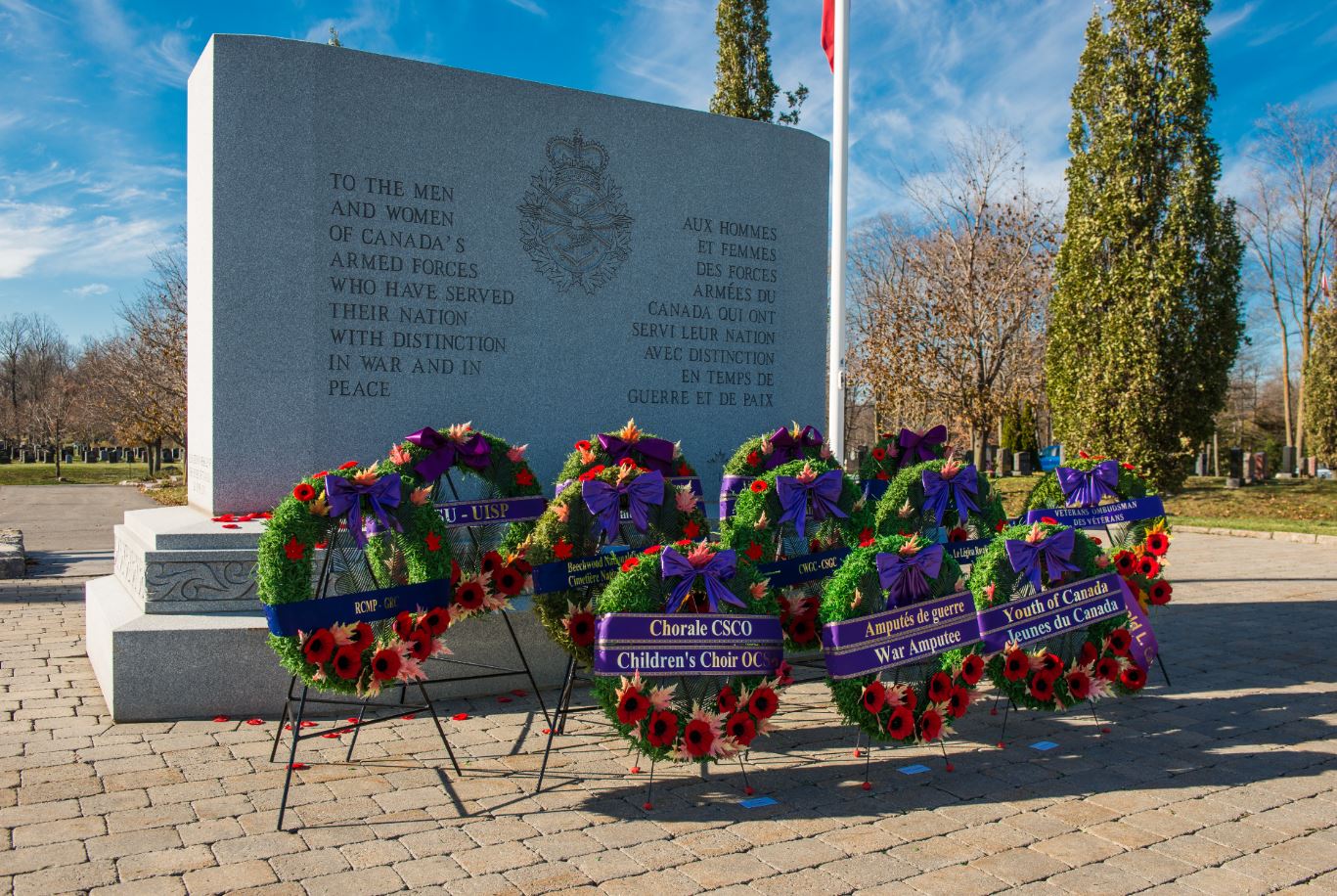 Ottawa is home to many sites where you can honour Canada’s armed forces year round, not just on Remembrance Day (November 11). When visiting Canada’s capital, pause to reflect at some of these places—especially in 2020, which marks the 75th anniversary of the end of the Second World War. The majority of these sites are in downtown Ottawa with a few just beyond.

This large, park-like cemetery, located four kilometres east of Parliament Hill, was founded in 1873. It has long had a Veterans’ Section dedicated to those who have served Canada in uniform. In 2001, Beechwood opened a new area, the National Military Cemetery of the Canadian Forces. There, a brick-paved walkway through formal gardens leads to a large central monument flanked by flagpoles. Stretching in long, straight rows from either side of the walkway are simple white headstones marking the final resting places of the many veterans buried here.

Find out about our Virtual Annual Remembrance Day Service