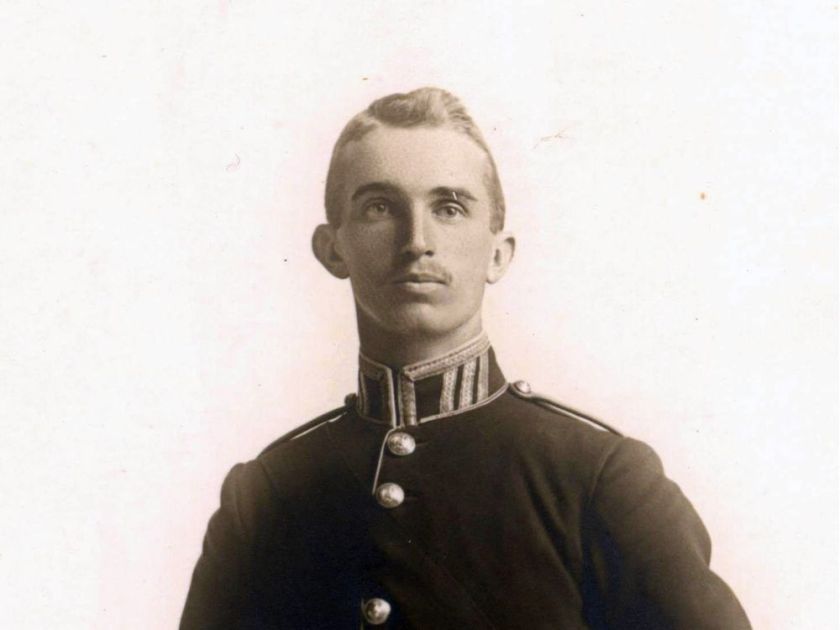 LT ALEXIS H. HELMER was born in Hull, Quebec on June 29, 1892, Alexis Hannum Helmer was the son of Elizabeth and Brigadier General R. A. Helmer. He was educated at McGill University, where he graduated with a degree in Civil Engineering. He enlisted with the military shortly after the outbreak of war in 1914, and was posted to 1st Brigade Canadian Field Artillery and quickly rose to the rank of Lieutenant. Helmer was a popular officer in the 2nd Battery, and become good friends with the 1st Canadian Brigade’s second in command: Major John McCrae.

The 1st Canadian Brigade was sent to the Second Battle of Ypres on April 23rd, 1915. Their artillery batteries were set up on the west bank of the Ypres-Yser canal, about two kilometres to the north of Ypres. On the morning of Sunday 2nd May, Helmer and another Lieutenant left their dugout to c

heck on a battery. They had only gone a short way when a German shell hit, and Helmer was killed instantly. He was 22 years old. Near to the 1st Canadian Brigade's position on the canal bank there was a small burial ground, which had originally been established during the First Battle of Ypres in the autumn of the previous year, 1914. By early May of 1915 the burial ground contained several more graves of French and Canadian casualties. It became known as Essex Farm British Military Cemetery. Helmer was buried on the 2nd May.

In the absence of the chaplain, Major McCrae conducted a simple service at the graveside, reciting from memory some passages from the Church of England's 'Order of Burial of the Dead'. A wooden cross marked the burial place, but the grave was subsequently lost. Helmer’s death is acknowledged as the inspiration for McCrae’s famous poem, ‘In Flanders Fields.’

While accounts of how the first draft was written differ, all agree that the impetus was McCrae’s loss of his young friend, and perhaps in seeing the red poppies springing up between the graves in the little cemetery, near the dressing station where McCrae tended to the wounded. Helmer is now commemorated on Panel 10 of the Menin Gate Memorial to the Missing in Ypres; he is one of the 54,896 soldiers who have no known grave in the battlefields of the Ypres Salient. He is also commemorated on his family plot at Beechwood Cemetery.