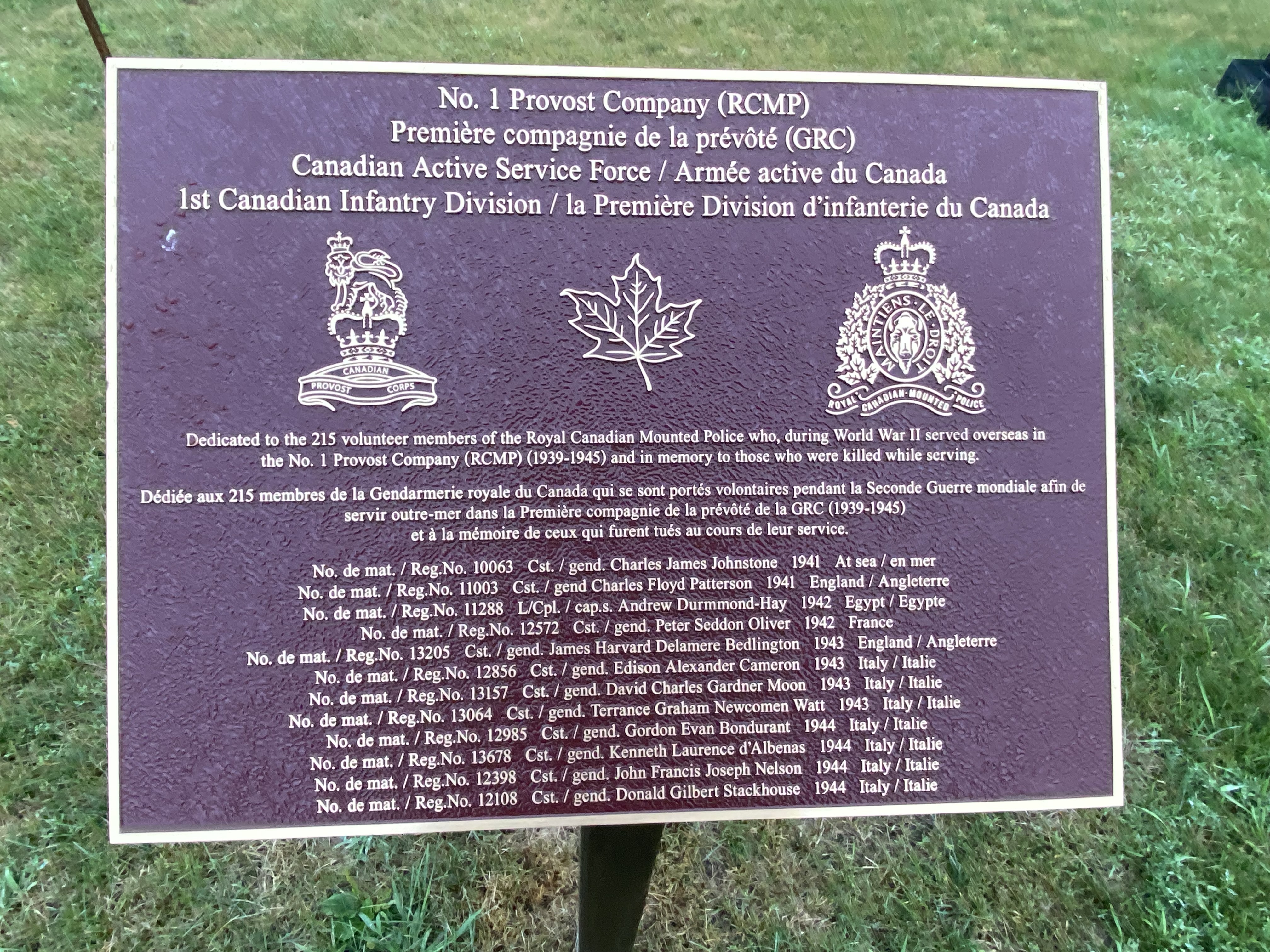 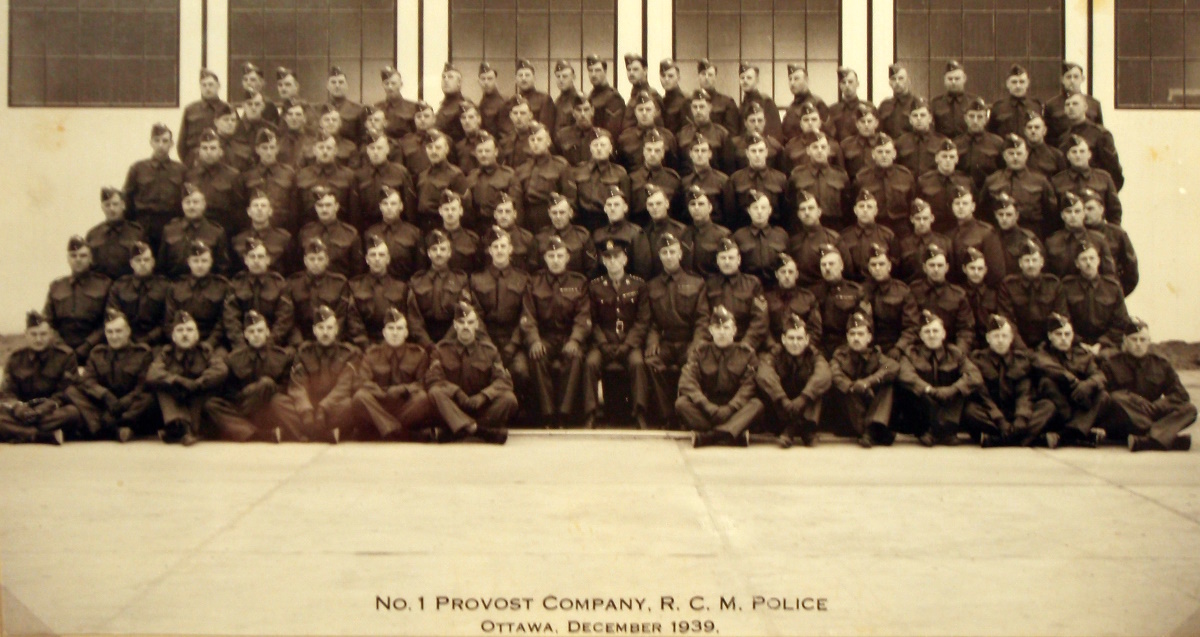 At the outbreak of World War II, the Canadian Army was without any form of military police. On September 13, 1939, the Royal Canadian Mounted Police (RCMP) requested and received permission to form a Provost Company using volunteers from its ranks. This was designated 1 Provost Company (RCMP), of the 1st Canadian Infantry Division, Canadian Active Service Force. Initially, it was 120 men; many of them were in the UK by the end of 1939.

In mid June 1940, the Canadian Provost Corps was officially born out of 1 Provost Company. For most of 1940, 1 Provost Company was stationed in England, but was involved in the battles during the fall of France (Brest, Laval, Sable and Châteaubriant).

The Canadian Provost Corps Training Centre operated from November 1942 to May 1946, training a total of 1,897 all ranks.

During World War II, most of the Canadian Army in England was stationed at Aldershot. Canadian MPs wore red-topped caps and were armed with .38 revolvers carried in a holster on the left hip together with white pattern 1937 web belt, brace and brace attachment in the same manner as the British Corps of Military Police (CMP). The Corps saw action for the first time on 18 August 1942 in the Dieppe Raid. Of the 41 members who took part, 22 returned to England, one was killed, eighteen were taken prisoner (seven of them being wounded). During 1943, 1 Provost Company became involved in operations in Sicily (Pachino, Valguarnera, Assoro, Agira, Adrano and Regalbuto) and after the crossing into Italy on 3 September 1943, the company continued its support of the I Canadian Corps as part of the Eighth Army as Allied Forces crept northwards from the toe of Italy.

Places where 1 Provost Company saw action included: Campobasso, Torella, Motta Montecorvino, San Leonardo, The Gully, and Ortona in 1943; San Nicola, San Tommaso, Cassino II, the Gustav Line, the Liri Valley, the Hitler Line, and Lamone Crossing in 1944; and Misano Ridge, Rimini Line, San Martino, San Lorenzo, and Fosso Vecchio in 1945. In the Cassino area of Italy, the Canadian Provost assisted the British CMP on "Highway 6", where 11,000 vehicles were handled every day. The Canadians were part of twenty-four provost and traffic control companies and two Special Investigation Branch sections that were attached to the Eighth Army.

Shortly after the Normandy landings in June 1944, the 2nd Canadian Line of Communications (LoC) Provost HQ and six sections were deployed in Northern France on traffic control duties. 1 Provost Company also saw action at Apeldoorn in the Netherlands. On 18 October 1945, 1 Provost Company was de-activated when it was repatriated to Canada. By September 1945, the C Pro C numbered 6,120 men.

In the RCMP Cemetery, a plaque to honour the No1 Provo Corps was unveiled and it reads

DEDICATED TO THE 215 VOLUNTEER MEMBERS OF THE ROYAL CANADIAN MOUNTED POLICE WHO, DURING WORLD WAR II SERVED OVERSEAS IN THE NO. 1 PROVOST COMPANY (RCMP) (1939-1945) AND IN MEMORY TO THOSE WHO WERE KILLED WHILE SERVING.