In the Gardens: A Colorful Annual 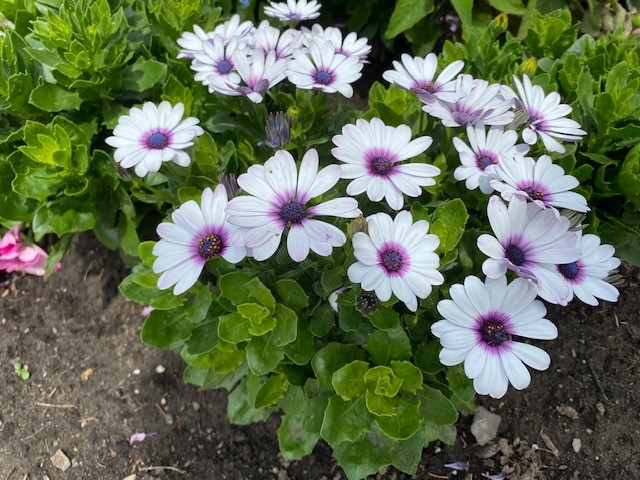 In the Gardens: A Colorful Annual

The Osteospermum is a genus of flowering plants belonging to the Calenduleae, one of the smaller types of the sunflower/daisy family Asteraceae. The scientific name is derived from the Greek osteon (bone) and Latin spermum (seed). It has been given several common names: African daisy, South African daisy, Cape daisy and blue-eyed daisy.

The daisy-like composite flower consists of disc florets and ray florets, growing singly at the end of branches or sometimes in inflorescences of terminal corymbose cymes. The disc florets are pseudo-bisexual and come in several colors such as blue, yellow and purple. The hardy types usually show a dark blue center in the disc until the yellow pollen is shed. The ray florets are female and are found diverse colors such as white, cream, pink, purple, mauve to yellow.

When osteospermums first became available, there were only a few colors to choose from, primarily white and peach. Even with a limited color selection, their bright blue-purple centers made them a popular garden choice.

After plant breeders got to work, new hues of flowers started appearing, such as pink, purple, and bicolors. Osteospermum are popular in cultivation, where they are frequently used in summer bedding schemes in parks and gardens. Numerous hybrids and cultivars have been grown with a wide range of tropical colors. Yellow cultivars tend to have a yellow center (sometimes off-white).

Location: Osteopermums can be found in the front half of the Botanical Gardens (Section 64) at Beechwood. 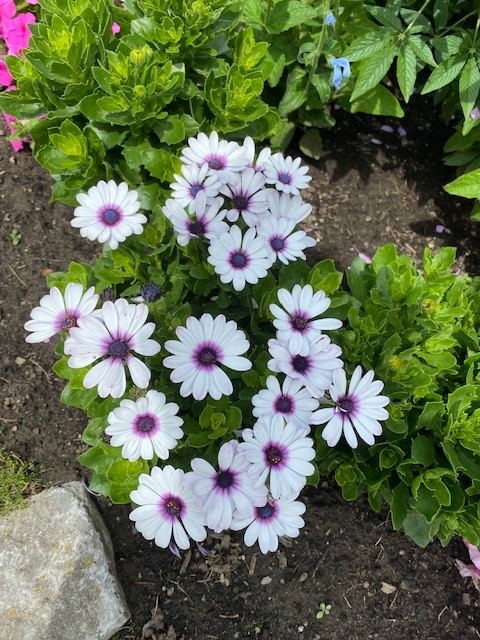