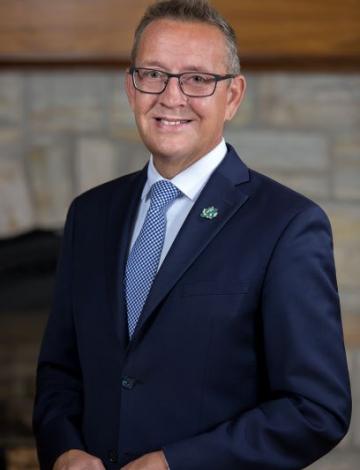 Originally, from Hawkesbury, in Eastern Ontario, Stéphane is fluent in both French and English. He started in the profession with a childhood dream at the age of 15 with the local funeral home.

Prior to completing his education at Humber College in Toronto and receiving his Embalmer and Funeral Director’s License in 1993, he enlisted as an infantry soldier with the Governor General’s Foot Guards (GGFG) of Ottawa where he had the honour and privilege of performing in the traditional Changing of the Guard Ceremony on Parliament Hill and Rideau Hall, and the opportunity to receive several dignitaries and Heads of States. He remains, to this day, a devoted member of the Governor General’s Foot Guards Association.

Given his Military background, he takes great pride in providing funeral and cemetery services to all of our four Military, Royal Canadian Mounted Police, Ottawa Police and CSIS families in the unique setting, traditions and beauty of the historic Beechwood National Cemetery has to offer.

Stéphane has one daughter, Melinda. They are both avid Formula 1 racing fans.