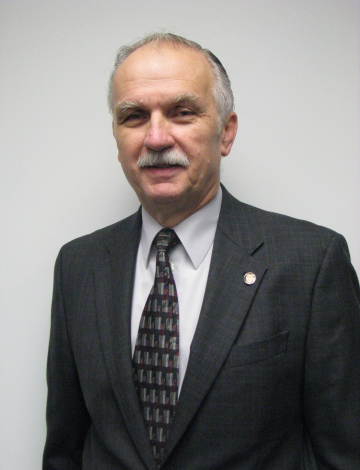 Click below to make a donation on behalf of Nick Stoss

The Dementia Society of Ottawa

Niclas (Nick) STOSS, age 78, passed away peacefully on Friday, July 23rd, 2021 at Queensway Carleton Hospital in Ottawa, Ontario. Nick was born July 14th, 1943 in Montreal, QC to Nicholaus and Rosalie Stoss. In 1967 he married Carol Bolland and together they had two children, Jennifer Ann and Jeffrey Nicholas.

Nick served as an Officer in the Royal Canadian Air Force from 1963 to 1990. He retired from the military in March 1990, attaining the rank of Lieutenant Colonel after a distinguished career as a jet and helicopter pilot, staff officer and flight safety officer. After retiring from the Air Force, Nick went on to work for both Transport Canada and the Canadian Aviation Safety Board investigating aircraft accidents and ultimately serving as Director of Air Investigations between 2002 and 2008.

A private Memorial Service will be held on Friday, July 30, 2021. You are welcome to attend to the service through a livestream broadcast. Click on the above to register. Memorial donations may be made in Nick's name to The Aphasia Centre of Ottawa, The Dementia Society of Ottawa or Parkinson Canada. Nick Stoss's career in aviation spans over 45 years, and he has been involved in flight safety and accident investigations for over 30 years. In 1963, he joined the Royal Canadian Air Force. During his military career, he was employed as a pilot, staff officer, and flight safety officer.

He retired from the military in March 1990, attaining the rank of Lieutenant Colonel. His last assignment was as a Director of Studies at the Canadian Forces Command and Staff College in Toronto. In March 1989, Mr. Stoss joined the Canadian Aviation Safety Board and, subsequently, the transportation Safety Board of Canada. While with the Board, he was employed as an operations-specialist investigator, safety analyst, standards specialist, investigator-in-charge, manager and executive, specializing in investigation management, in inter-governmental and industry liaison, and in international investigation operations.

Between 1998 and 2000, he was employed by Transport Canada as an aviation inspector. As a pilot, he is experienced both in fixed-wing and helicopter operations, and he held an Airline Transport Pilot Licence. Mr. Stoss's accomplishments in the safety, investigation, and management areas include being the project leader for the development and implementation of the TSB's "Integrated Safety Investigation Methodology”, which included investigation strategies and the integration of safety deficiency analyses into the investigation process. He was also the Canadian delegate on International Civil Aviation Organization working groups responsible for the development of international investigation standards and recommended practices. Mr. Stoss was also responsible for the TSB's support to many foreign investigations agencies in the areas of legislation and policy development, investigation methodologies and procedures, investigation agency readiness, and investigator training.

From 2002 until his retirement from the TSB in 2008, Mr. Stoss was the Director of Air Investigations, responsible for all aviation investigations in Canada, as well as for Canadian safety interests in all foreign investigations involving Canadian certified operators and manufactured products. In recognition of his career commitment to organizational excellence and aviation safety, and his exemplary performance, Mr. Stoss was awarded the TSB Chairperson's Outstanding Achievement Award in May 2007.

Following his retirement from the TSB in July 2008, Mr. Stoss continued to apply his skills, knowledge and experience to advancing transportation safety. In this regard, he established "NGS Safety Investigation Management Services Corp” to provide his expertise to Canadian and foreign investigation authorities, airlines, companies, and training institutions, in the areas of professional advice, investigation agency legislation and operations, investigation management, safety investigation operations, and associated training.

Deepest condolences to the Stoss. Nick was a wonderful man whom we enjoyed talking with and sharing a pint with on many occasions. You could always see the love in his eyes for his grandchildren. He was a wonderful man. Thanks to him for his valuable career in the air industry. Our sympathies to all. Cherish the memories. Much love, the Velandia’s

JEFF: PLEASE ACCEPT OUR DEEPEST SYMPATHY ON THE LOSS OF YOUR FATHER, NICK. HIS PRESENCE AND INFLUENCE IN THE COMMUNITY AND IN THE "WORLD" OF AVIATION WILL BE GREATLY MISSED.
I KNOW HOW PROUD YOU WERE OF YOUR FATHER. HIS PASSING WILL BE HARD ON YOU, YOUR MOTHER AND YOUR FAMILY.

Jeff, Holly and Stoss family. So sorry to hear of your father’s passing He will be missed greatly

So sorry for your loss.

We wish you all much love in this difficult time. We’re so sorry for the significant loss of your father, grandfather, husband, son, brother, and friend. Xx

Sending you all my love in this difficult time. Sorry for your loss.

Sorry for your loss. Everyone will miss Nick.

May God bless you and comfort you at this difficult time. Nick was a great guy and it was a pleasure knowing him.

Nick provide a true example of compassion and professionalism to many of us in the aviation community. For that he will be missed and always respected. My thoughts are with his family and friends. My deepest condolences in their loss.

Dear Family and Friends,
Nick was an incredible cousin and friend. I am so thankful for every minute I spent with him. My sincere condolences for your loss.
Love and prayers for peace and comfort to all.