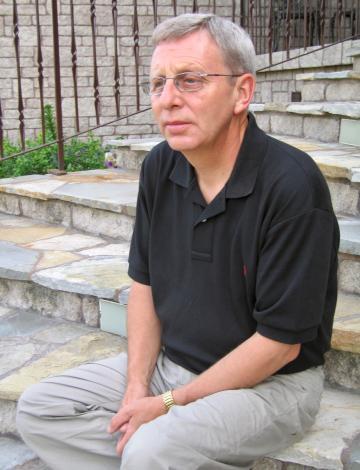 After almost 50 years of marriage, the love of my life died on his 72nd birthday, surrounded by me, our son and his wife. After an extremely brief bout with brain cancer Daniel left our wonderful life for a much better one. He leaves behind Reina (Bazinet) Dubé, his son Martin (wife Kelly), his two grandchildren Marlee and Olivier, and 14 in-laws which he loved dearly, his brother Claude and a sister Carmen (Lussier).

Daniel was born in St. André Est, Comté d’Argenteuil, Québec. His exciting twenty two-year career in the Canadian Air Force as a Medic and then as an Ear, Nose and Throat Specialist took us to many adventurous postings like Québec City, Esquimalt B.C, Moisie Québec, Ottawa Ontario, Lahr Germany and finally St. Jean, Québec.

His love of travelling took us all over the world. Daniel had a beautiful voice but would only sing for me. He was also an avid golfer and curler.

A visitation will be held at the Beechwood Cemetery in Ottawa on April 23rd, 2022 at 1pm, followed by a memorial service at 2pm and inurnment in the National Military Cemetery at 3pm.

As expressions of sympathy, memorial donations to the Diabetes Canada would be appreciated by the family.

My deepest and most sincere sympathies go out to you Reina and your family. Thoughts and prayers for you my friend, your strength will guide you through this difficult time.

We will miss Dan. He and I always had fun playing golf in The Villages and then going to dinner with the ladies afterwards. Sorry for your loss and keep in touch.

My deepest sympathies Reina. I know how much he meant to you. I will be keeping you in my thoughts.

A good man gone too soon, rest in peace my friend.

Our deepest sympathy to you and Martin and his family. We will always remember Dan's sense of humor and all the great times we had together In The Valley. May he Rest In Peace and his memory be eternal.

Dan was a great guy and wonderful person. As a friend of mine said, "He was the best of the best!" He was a dear friend and will be sadly missed.

In life we loved you dearly. A part of us went with you. Our family chain is broken. I hope your singing in the angels choir. You left us precious memories. We will miss you always. Our deepest sympathy Reina, Martin and family. 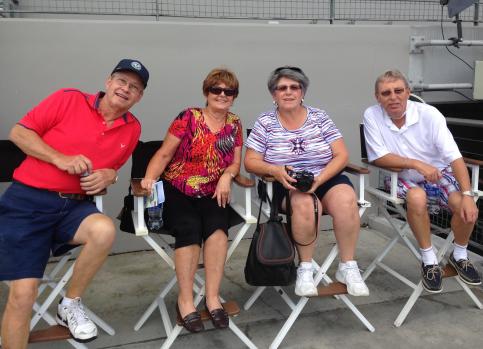 Best seats for the fab 4...
Submitted by Gaetan & Sherry 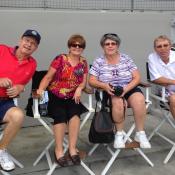