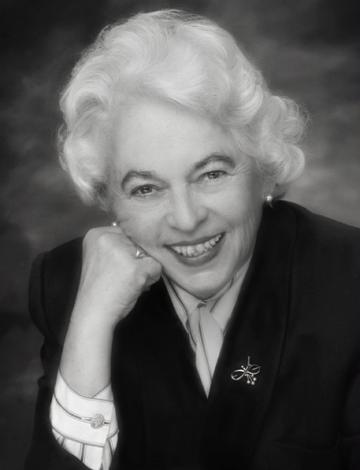 Grete graduated in Journalism from Carleton University in 1954. She joined her father’s business, Morrison Lamothe, where in 1967, she was responsible for the 20-foot cake at Canada's 100th birthday party on Parliament Hill, that was cut by Her Majesty Queen Elizabeth II. Grete served as President of Morrison Lamothe from 1978 to 1989 and Board Chair from 1989 to 2005. She served on dozens of corporate and community boards. A respected businesswoman who famously kept an on-time agenda, she was also an active and dedicated volunteer who never hesitated to wade in.

Among the many organizations she served, Grete was President of Beechwood Cemetery and Foundation, where she fought for its very existence for all Canadians; founder of the Friends of the National Library of Canada, and Honorary Life Member of the boards of CANHAVE Children’s Centre and the Community Foundation of Ottawa. She was the recipient of many awards, including the Order of Canada, wearing her pin with great pride. Grete served as the first-ever female Honorary Colonel of the Governor General’s Foot Guards from 2011 to 2013.

She had an immense network of friendships that spanned countries and decades. She took enormous joy in nurturing those relationships through travel and phone calls. She will be missed by all.

Her life was blessed in every respect. She lived life to the fullest in her service to God, community, and country.

Book of Condolence – There will be a Book of Condolence available to the public the week of Monday, November 21st to Friday November 25th at Beechwood National Memorial Centre (during office hours 9 a.m. to 4 p.m.). Please come at your leisure if you wish.

A Memorial Service - To be held in the Sacred Space of the Beechwood National Memorial Centre on Saturday, November 26th, 2022, beginning at 1 p.m. Followed by a reception.

Donations - Should you wish to honour Grete’s memory, in lieu of flowers, please consider a donation to the Ottawa Community Foundation’s Margaret and Cecil Morrison Memorial Fund or Beechwood Cemetery Foundation.

The Knights, Dames, Members and Friends of the Military and Hospitaller Order of Saint Lazarus of Jerusalem join me in extending sincerest condolences to Grete's 'other' families. We were all richer for knowing her and will celebrate a life of service knowing that she will have been greeted at the heavenly gates with "Well done thou good and faithful servant"

She will be missed.

Please accept my sympathy at the passing of Grete. I met her but one time -- at our RHSC AGM event at the Rideau Club. I enjoyed our conversation, her intelligence and her refined manner.

Amazing purpose driven life.She raised up a beautiful family.
Condolences to all the fam and friends.

Grete stayed with me several times here in Aberdeenshire. She was a very active and dedicated guest . She was especially proud to accompany the Canadian pipe band which played for Her Majesty Queen Elizabeth 11 at Balmoral Castle. Her public life is well known but it was her warm friendship over many years through good times and bad for which I will remember her with great gratitude. Like her father she was a wonderful baker and home maker and she was generous in her care for others. My deepest sympathies to all her family.

Thank you Grete for being the shining example of grace, generosity, and kindness. Sending my love, prayers and deepest condolences to the family.

My deepest sympathies to the family on the loss of dear Grete. I will miss her and our frequent calls. Jessie

A very fine human being who touched many lives and did much for our community and far beyond. Our thoughts are with her family at this time.

A truly dedicated person who assisted relentlessly with numerous organizations in the Ottawa area. She will be truly missed. 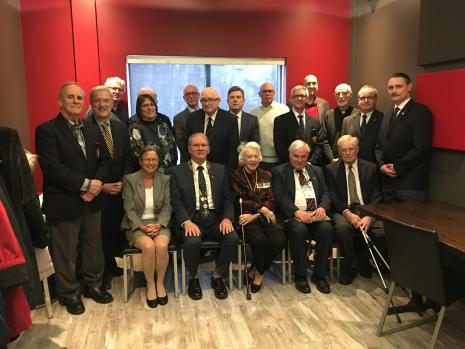 Grete Hale members of The Military and Hospitaller Order of St. Lazarus of Jerusalem
Submitted by Hania Grabowski 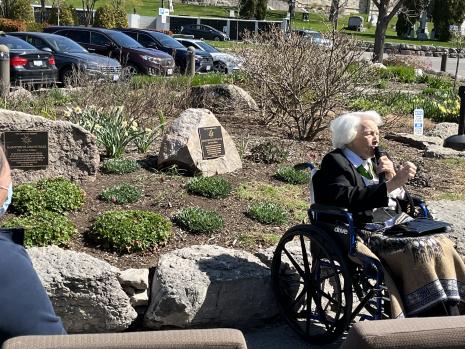 Grete Hale at the Dedication of a beautiful tree in her Honour at the Beechwood Cemetery on May 7th, 2022
Submitted by Hania Grabowski 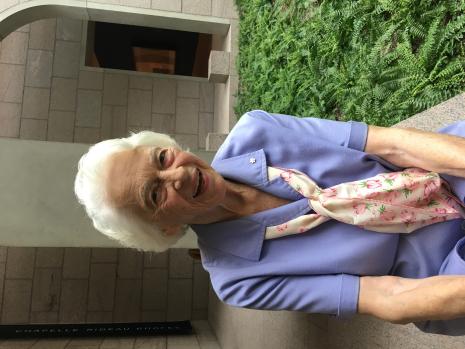 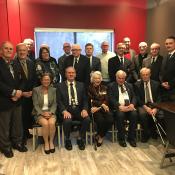 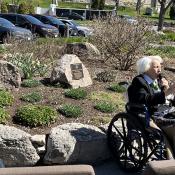 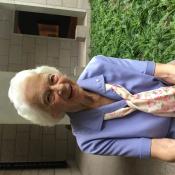