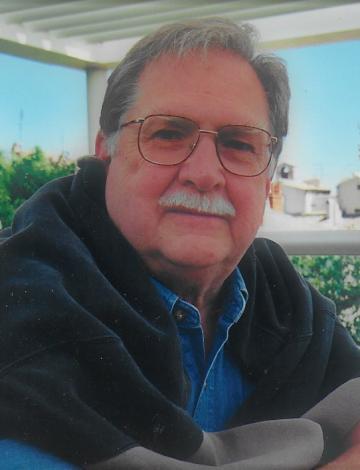 It is with great sadness that we inform our friends and relatives of the passing of John Philip Desmarais, PhD.  On May 8, 2022, in Ottawa, ON.  He was born in Quebec City in 1935.

John was the only surviving child of Antonio A. Desmarais and Elsie Elizabeth McNamee (aka Doris Daphne Holmes) and is survived by his wife of 63 years Ellen (nee Henderson), and their two daughters Liane and Mireille, son-in-law Larry Cavanagh, sisters-in-law Judy Henderson Ross and Valerie Henderson, brother-in-law Ven. Rev. Lynn Ross, and several Desmarais cousins.  He was predeceased by his brother Anthonio (1929-1934) and his brother-in-law James Edward (Sonny) Henderson (1997).

John’s mother came to Canada as a Home Child in 1908 when she was three years old, and was known as Doris Holmes, the name her adoptive family, in Dixville, QC, gave her.  John was always proud to be the descendant of a Home Child.

John attended elementary school in Montreal but due to a health condition he went to high school at St. Leo College Preparatory School in San Antonio, Florida. He returned to Canada where he completed a B.A. at Bishop’s University (1958).  In that year he married Ellen and they went to Aix-en-Provence where John completed a Doctorat de l’Université (History) in 1960.

John taught history at the newly accredited St. Leo College in Florida (1961-1963) then returned to Montreal to teach at various CEGEP and to pursue a PhD at McGill University which he completed in 1973.  That year he came to Ottawa as Executive Assistant to Senator Paul Martin and subsequently was employed in the Committees Branch of the Senate of Canada as Committee Clerk.  Among the committees which he served were Agriculture, National Defense and for the longest period, the National Finance Committee.

While at McGill he was asked to be the photographer of an archaeological dig in Greece led by a professor from McGill.  When the next year the British School at Athens could not provide one of their three permits to the Canadians, John was so incensed that he determined to get a Canadian institute started in Greece.  In 1974 permission was received from the Government of Greece to establish a Canadian institute.  It was not an easy undertaking with only a few other Canadian academics supporting the project and many more resisting it. Now, almost a half-century later, the Canadian Institute in Greece is enjoying a solid reputation in both Canada and Greece with many involved and dedicated people to support it.

After retirement from the Senate, John and Ellen pursued a happy life in a house which they restored in France and spent long periods of time there for twenty years, until John’s health precluded him from travelling.

John’s family wishes to express its deep appreciation for the thoughtful and professional care provided by the staff of Park Place Retirement Residence, especially those on the Fourth floor; and to Betty Gross for reading and to Debbie Chow for the music.

Friends and family are invited to attend a memorial for John at Beechwood Cemetery, 280 Beechwood Ave., Ottawa, ON, on Thursday, June 9, 2022.  Visitation 1 p.m. to 2 p.m. followed by service and reception.

If desired memorial donations may be made to The Canadian Institute in Greece, Library Fund, c/o Treasurer, 13192 Jasper Place, Tecumseh, ON, N8N 3K4 or to any charity of your choice.

My sincere condolences to you and your family Liane. Sending thoughts and hugs.

Liane and family, sending you my deepest sympathies in the passing of your father. May you be comforted with beautiful memories and your friends and family. Sending you strength at during this difficult time.

My heart goes out to the entire Desmarais family. Sending you peace and comfort.

My condolences to Ellen and family. I will never forget John standing and watching my hands at the keyboard. Sometimes for over half an hour and we'd smile at one another, when I did a sassy flourish at the end. His humour and his love for you, Ellen, was a joy to see.

I was very saddened to learn of the passing of John on May 8. We shared a great passion for politics. I especially enjoyed our many political conversations when we both worked in the Senate of Canada in the mid-eighties. This led me, with his always strong encouragement, to run for office which I did in the 2015 federal election in my home riding of Richmond-Arthabaska in the Eastern Townships.

I last saw him with Ellen over dinner in downtown Ottawa with my wife Renée in February of 2015 just before I became candidate.

He will be missed. I offer my deepest condolences to Ellen, Liane and Mireille and your other family members. 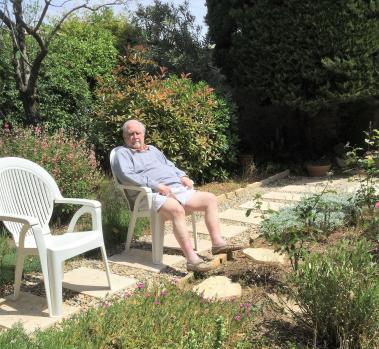 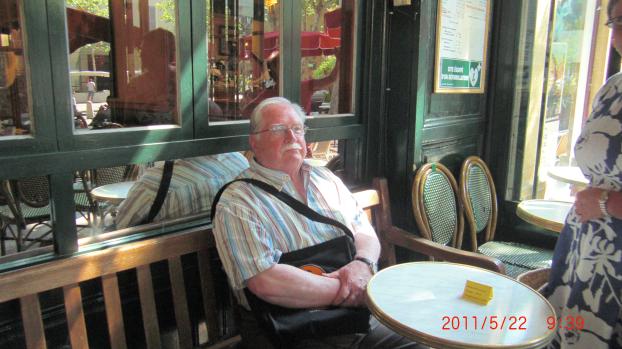 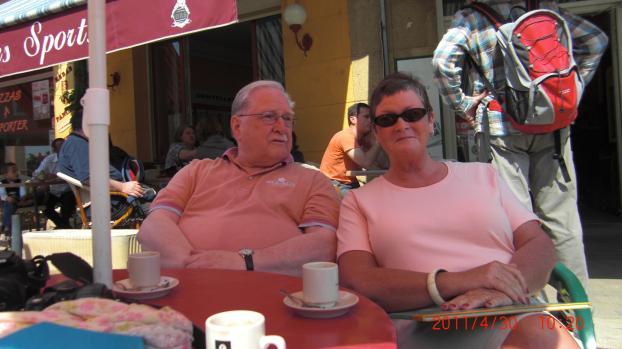 With Liane in Sablet, France
Submitted by ced 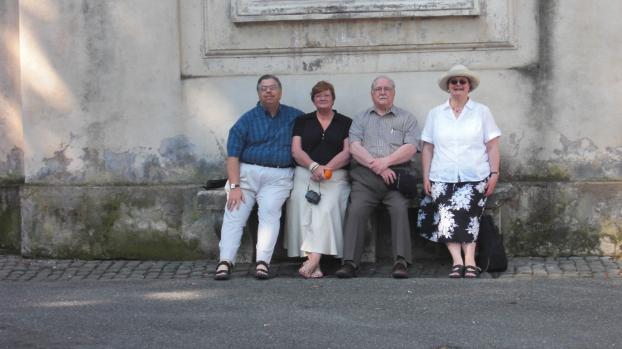 In Rome
Submitted by ced 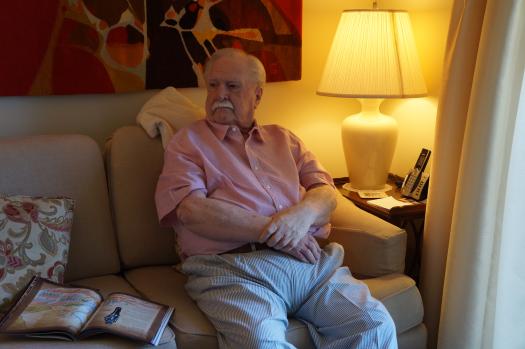 At home
Submitted by ced 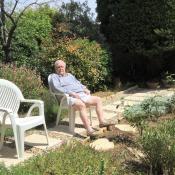 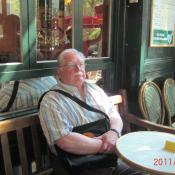 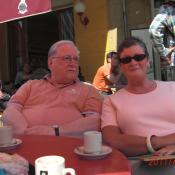 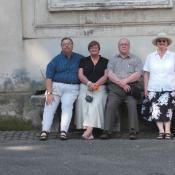 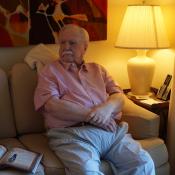