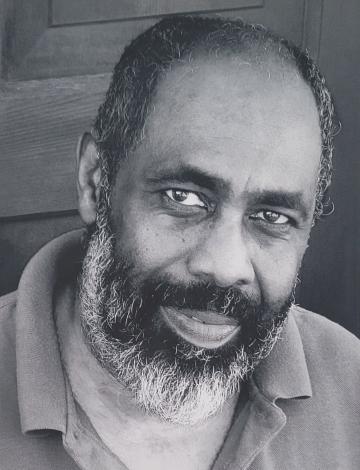 With heavy hearts we announce the sudden passing of Edwin Christopher Sherwood on Saturday December 3rd at his residence in Ottawa, Canada. He was reunited with his late wife Nessa Bedward Sherwood who passed away in April 2022.  Nessa and Edwin shared a storybook marriage for 32 years.

Edwin was born on February 18, 1949, to the late Deonarine and Alberta Sherwood in Guyana. After graduating from Mahaicony Secondary School he went on to the Cyril Potter College of Education where he obtained his Teacher’s Certificate, he taught for 3 years at Novar Primary School before migrating to Canada in 1973, where he continued his education at Algonquin College.  Edwin was a hard worker who strived for excellence in everything that he did, it was this drive that kept him at the Talisman Hotel as a Revenue Controller/Assistant Accountant for 20 years, in 1996 he moved on to join Russell Food Equipment where he worked as a Purchaser for 13 years. During this time, he volunteered for the Ottawa Jazz Festival for over two decades and actively supported his wife Nessa in her various volunteer projects, before retiring. At his time of his death he was a part time worker at Shoppers Drug Mart.

Being a retiree gave him time to enjoy the things which he loved such as canoeing, cycling, hiking, snowshoeing, reading, cooking, volunteering in the community, gardening and networking with friends and relatives.

He will be sadly missed by his siblings Cetil Gilgeours, Cyslet Kelly, Idolie Deonarine, Gordon Deonarine and Ifill Deonarine, Hollie and Samantha whom he took care of since the death of their father, his stepchildren Marvin (Annik), Dane (Suzanne), Albert (Catherine), and John (Lisa). His 40 nieces and nephews especially Hermina, Sherill, Murtland, Cynthia, Orinithia and his many other relative and friends.  Especially Agnes and Eldon Douglas, Vincent Cargill, Richard and Lynn Harper and Carmen Hajdu.

Family and friends are invited to attend the visitation at Beechwood, Funeral and Cemetery Services (280 Beechwood Avenue, Ottawa, ON, Canada) on Sunday, December 11, 2022, from 9 a.m. until the time of Funeral Service at 10 a.m. Messages of condolence may be left at www.beechwoodottawa.ca

Sincere condolences to the bereaved family, may his soul RIP

My heartfelt sympathy to the family. Wishing you peace, comfort, courage and lots of love during this difficult time.

I am sharing in your sadness as you remember Edwin. My thoughts are with you and your family.

Our deepest condolences to the family at this difficult time. Our hearts are with you

We are all so sad to hear of Edwin’s passing. He was such a great neighbour all these years. He will be greatly missed. Rest In Peace friend. Condolences to the family.

Sincere condolence to his family , friends and all those who mourn his passing.

It's indeed heart rendering to hear of your passing uncle winston as we call u. Condolences to The family.

My sincerest condolences to the entire family. May you be comforted knowing that he's resting in the arms of Jesus.

We will remember Edwin by his smile. Our condolences to the family.

As we are remembering all the Joy he has given.
Remembering with thankfulness how wonderful it was to have had someone like him among us, our condolence, May the sympathy of others and his precious memory helps to comfort us- at this time of celebration our caring thoughts are with you all as his soul rest in peace Thanks be to God for the great things he have done for us all.
The Campbell