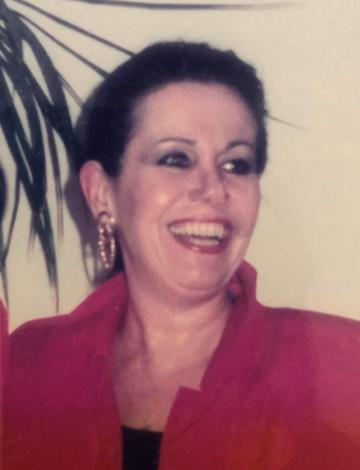 Click below to make a donation on behalf of Diana Ayoub

It is with deep sorrow that we announce the passing of Diana Barbara Ayoub at the age of 83. Diana was born March 13, 1939 in Ottawa  to Salim and Mary (née Ellis) Ayoub. Her early life revolved around her community, the church, and the family restaurant. Being the daughter of small business owners, Diana grew up self-sufficient, resilient, and hardworking; qualities that would carry her through the rest of her life. After graduating from the High School of Commerce, Diana would follow her passion for travel, working in the travel industry, leading her eventually to Montreal where she pursued her love of travel, exploring and learning. In Montreal she would meet Dr. Pierre Tremblay and have two children, Pierre and Marc who became the centre of her world. The FLQ crisis would push the young family out of Montreal but bring her back to Ottawa, to her family and friends. There she would open Diana’s Boutique, introducing the women of Ottawa to the fashions of Europe and New York. After a tragic fire took her beloved store, Diana, ever resilient and independent, began a successful real estate career all the while keeping one foot in fashion, managing various retail outlets. One of her greatest talents and joys was dressing women in clothing in which they would never have pictured themselves. They always left her shop feeling like a million bucks. Self-reliance, generosity, empathy, and hard work were the principles by which she lived. Diana was a feminist in a very practical way. In a business world rife with misogyny, racism, greed and corruption she never backed down and never compromised her values. She raised her sons with the same uncompromising approach. When a friend suggested once that she might be too demanding of her boys, she responded, “I’m not raising boys, I’m raising men.” Perhaps Diana’s greatest quality was her generosity which was evident to anyone who ever tried to pay a restaurant or bar tab only to find it had been covered long before the meal was done. Diana joins her beloved parents Salim and Mary as well as her sister Shirley. She is survived by her sons Pierre (Nicole) and Marc, and her grandchildren Antoine and Emilie. Diana’s final days were spent under the exceptional care of the doctors, nurses and volunteers at the May Court Hospice. The family would like to extend our heartfelt thanks and gratitude to everyone who took such excellent care of Diana and her loved ones while in the facility. In lieu of flowers please send donations to the May Court Hospice -
https://www.hospicecareottawa.ca/donate.html

We were so incredibly sad to hear of Diana’s passing. So many memories of our family gatherings over the years, around the pool in Blackburn Hamlet, and remembering her generosity and kindness. We were her “other children” according to Diana, and that made us happy. What an amazing soul, and what a sad loss. Pierre and Marc, your mom was amazing and she adores her boys beyond words. Bless her beautiful soul. Safe travels Diana 🙏🏼

Diana was a huge magical influence on my life that I am eternally grateful.

I’m sorry to hear about the passing of your Mom Diana. My sincere condolences. I worked with Diana at Claridge Homes, and she was always talking about her sons, and she was very proud. Diana was indeed independent (wouldn’t even let me buy her a coffee or a water). She was hard working, and I am honored to have known her. I know she will be missed. May she rest in eternal peace

I remember my aunt in Malaysia, who love Paul Anka and always enjoy listening to his songs and had an album with one of them was " Diana" - back then as a young boy who just love good music, I would sit beside my aunt and listen to her collections
years later, I move to Ottawa and not far from where Diana lived.
My condolences to Her Family and RIP my dear

So sorry we weren't in touch these past years after I returned from California. Sincere condolences to your family. You left everyone with nice memories of time spent with you.