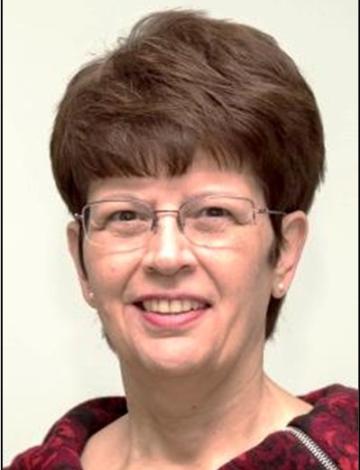 Click below to make a donation on behalf of Carmen Rodrigue

donations to the Hospice Care Ottawa (May Court)

donations to the Cancer Research Society

At the May Court Palliative Care Home in Ottawa, on June 6, 2022, passed away peacefully at the age of 68 years and 8 months, Mrs. Carmen Rodrigue, beloved wife of Mr. Marc Lapointe.  The only daughter of the late Emery Rodrigue and the late Irène Fortier, she was a native of Welland, ON, and lived in Navan, ON.

From the Lapointe family, she was the sister-in-law of Luc Lapointe (Micheline Duquette) and the aunt of Keven (Krystina Martel) and Éric Lapointe (Alyson Hunter).

She is also mourned by many cousins, other relatives and friends.

The family will receive condolences Wednesday, August 10, 2022, from 10 a.m. to 1 p.m. in the Visitation Suites at the Beechwood National Memorial Centre, 280 Ave. Beechwood, Ottawa, ON, K1L 8A6. A Liturgy of the Word will take place the same day at 1 p.m. in the Sacred Space, at the same place. Interment of her ashes will take place at the Canadian Armed Forces National Military Cemetery at 2 p.m.

The family would like to thank all the staff at the May Court Hospice for the very good care provided to Mrs. Carmen Rodrigue.

As an expression of your sympathy, and in lieu of flowers, donations in her memory to the Hospice Care Ottawa (May Court) (https://www.hospicecareottawa.ca/donate.html), or to the Cancer Research Society (www.src-crs.ca/en) would be appreciated.