In the Gardens: The bloom of a magnolia tree 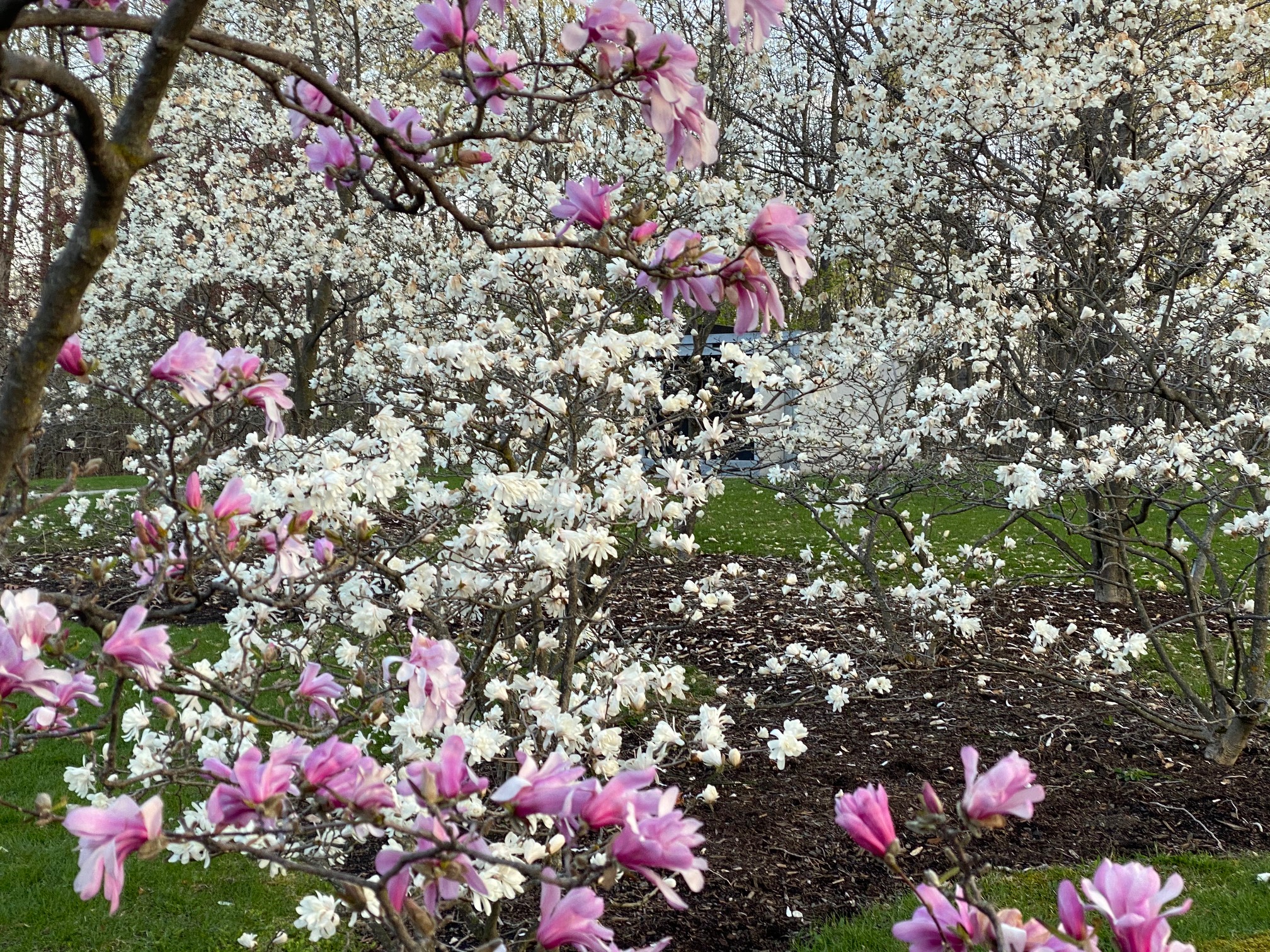 In the Gardens: The bloom of a magnolia tree

Appearing before bees did, the flowers are theorized to have evolved to encourage pollination by beetles. To avoid damage from pollinating beetles, the carpels of Magnolia flowers are extremely tough. Fossilized specimens have been found dating to 20 million years ago, and of plants identifiably belonging to the Magnoliaceae date to 95 million years ago.

Another aspect of Magnolia considered to represent an ancestral state is that the flower bud is enclosed in a bract rather than in sepals; the perianth parts are undifferentiated and called tepals rather than distinct sepals and petals. Magnolia shares similar characteristic with several other flowering plants near the base of the flowering plant lineage.

The natural range of Magnolia species is a disjunct distribution, with a main center in east and southeast Asia and a secondary center in eastern North America, Central America, the West Indies, and some species in South America.

Magnolia make an impressive floral display in late April and early May. If the flowers of Magnolia lasted a month, we would tire of their beauty. But like a bouquet of cut-flowers, Magnolia blooms fade almost as quickly as they open. In a spring season of cool damp weather, Magnolias will bloom for 3 weeks or more, but as soon as hot dry weather arrives, flowers drop in a matter of days.

Trevor’s tips: Thanks to our mild winter, they were especially full of blooms this spring. They prefer a sheltered location in the Ottawa area. All trees should be watered well at least once a week for two to five years until well established, unless we are in a period of frequent rainfall.