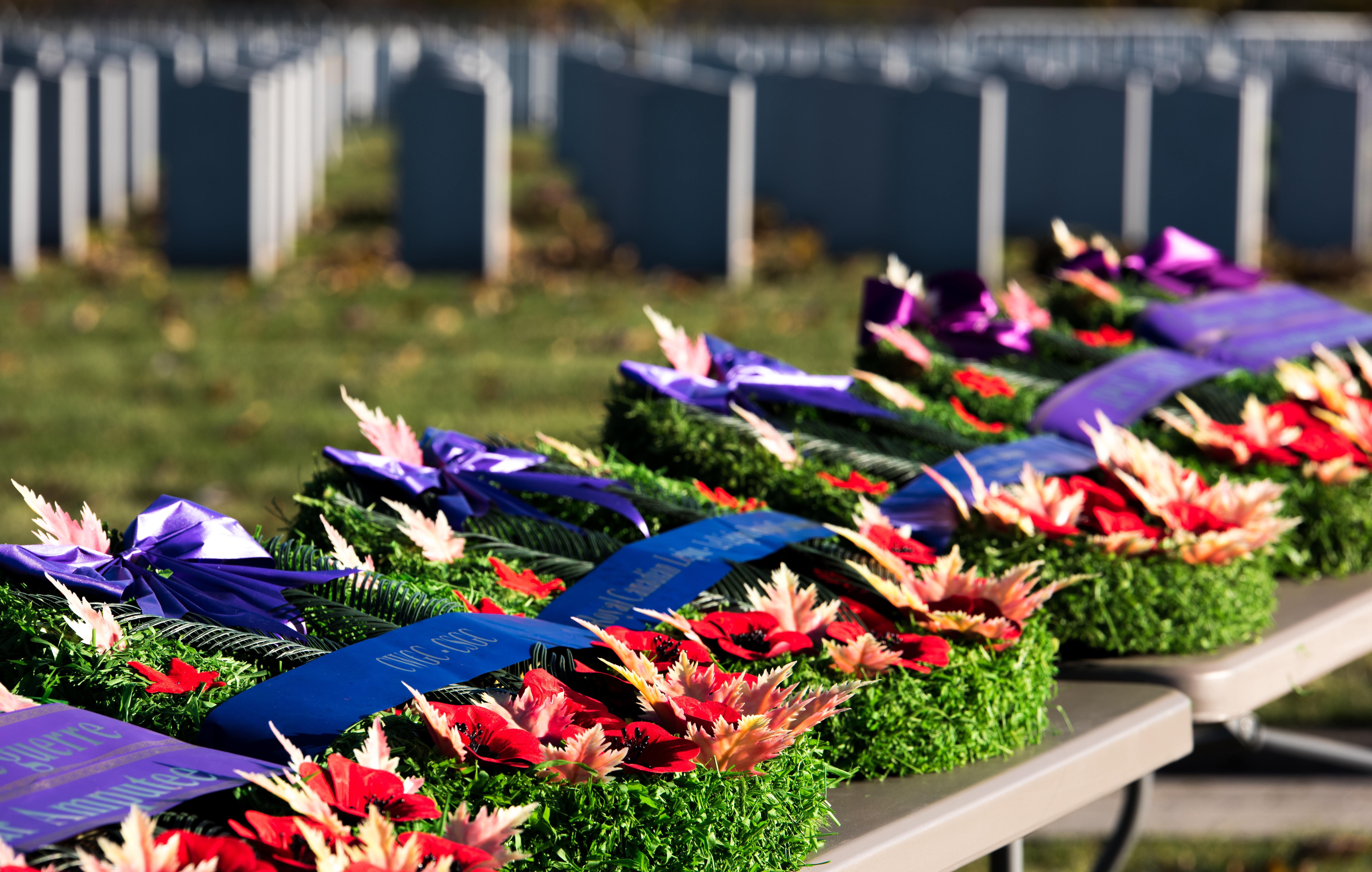 Before the dignitaries arrived for the official ceremony, before the warmup drone of the piper filled the air and before the official moment of silence commemorated those who served Canada, Beechwood Cemetery sprang to life Friday morning.It came alive with personal remembrances as friends, families and loved ones arrived, dotting the fields of honour to pay their respects.

Ray and Mila Villamil brought a photograph of Ray’s younger brother, Renerio, nicknamed Rei, a sergeant with the intelligence branch. He died in June 2021, at age 51, months after the cancer he was diagnosed with returned him to Canada from his posting in Kuwait.

Rei joined the Forces soon after arriving in Canada from the Philippines. He also served in Afghanistan, Bosnia, United Arab Emirates and Yugoslavia.

“The military was his family,” Mila said. “He served for 23 years.”

Ray and Mila set up a small altar at Rei’s grave and said a prayer. They also planted a maple leaf pinwheel at his grave; Rei, his brother said, loved toys. “He really was a youngster at heart.”

Nearby, Richard Scott Elson slowly walked the rows of headstones, reading the names and dates and thinking to himself how young so many of them were. “Especially ones from the First and Second World Wars,” he said. “Even a lot of the young guys that we lost in Afghanistan were only in their 20s. To die that young is terrible.”