The Cross of Sacrifice 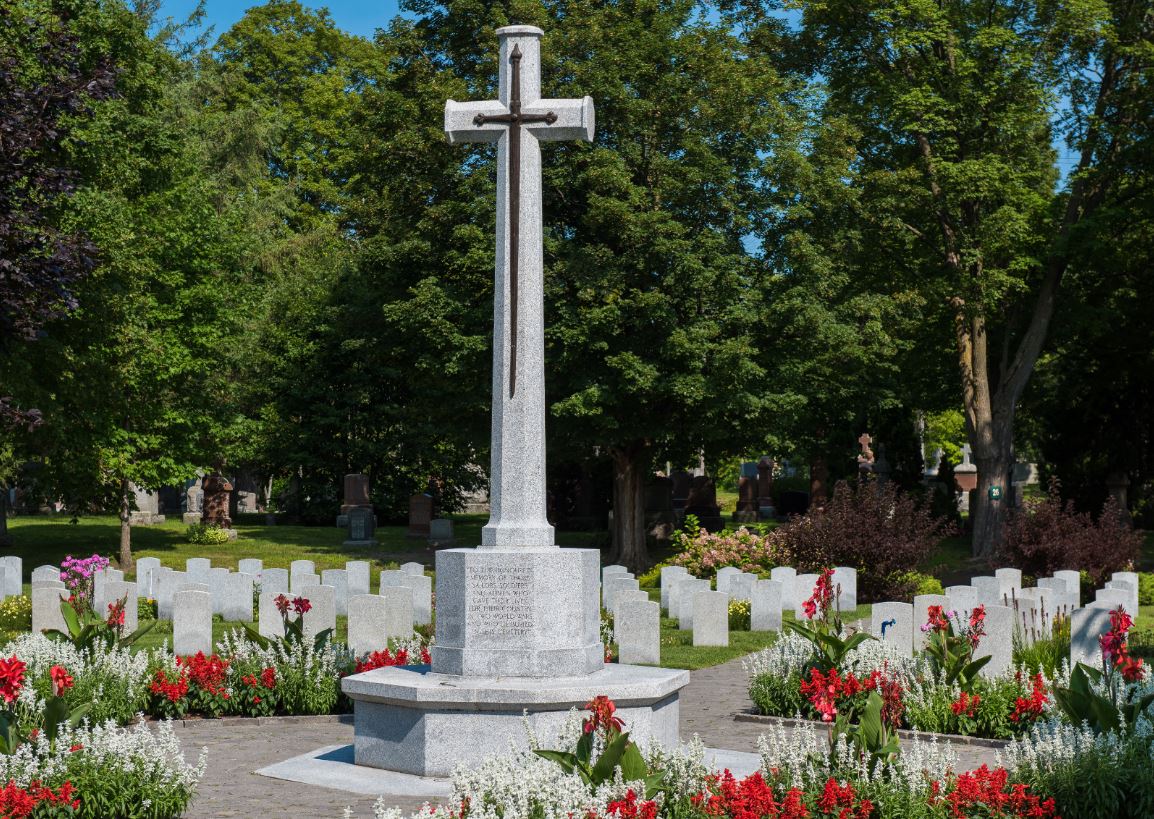 The Cross of Sacrifice

The Cross of Sacrifice is a Commonwealth war memorial designed in 1918 by Sir Reginald Blomfield for the Imperial War Graves Commission (now the Commonwealth War Graves Commission). It is present in Commonwealth war cemeteries containing 40 or more graves. Its shape is an elongated Latin cross with proportions more typical of the Celtic cross, with the shaft and crossarm octagonal in section. It ranges in height from 18 to 24 feet (5.5 to 7.3 m). A bronze longsword, blade down, is affixed to the front of the cross (and sometimes to the back as well). It is usually mounted on an octagonal base. It may be freestanding or incorporated into other cemetery features.

The Cross of Sacrifice is widely praised, widely imitated, and the archetypal British war memorial. It is the most imitated of Commonwealth war memorials, and duplicates and imitations have been used around the world.

The Cross of Sacrifice is carved from white stone. This is usually Portland stone, but it is sometimes granite or any type of white limestone commonly found in France or Belgium. In Italy, Chiampo Perla limestone was used.

On the large size version, there are three plain mouldings on the shaft near the base, often reduced to one in smaller sizes, and the three extremities of the cross finish at a plain moulding projecting sideways from the main element. The crossarms are sometimes irregular octagons in section, with four wide faces at front, back, top and bottom, and four shorter faces in between them.

This can vary, however, depending on the height of the cross, its placement in the cemetery, and whether it is part of some other cemetery element.