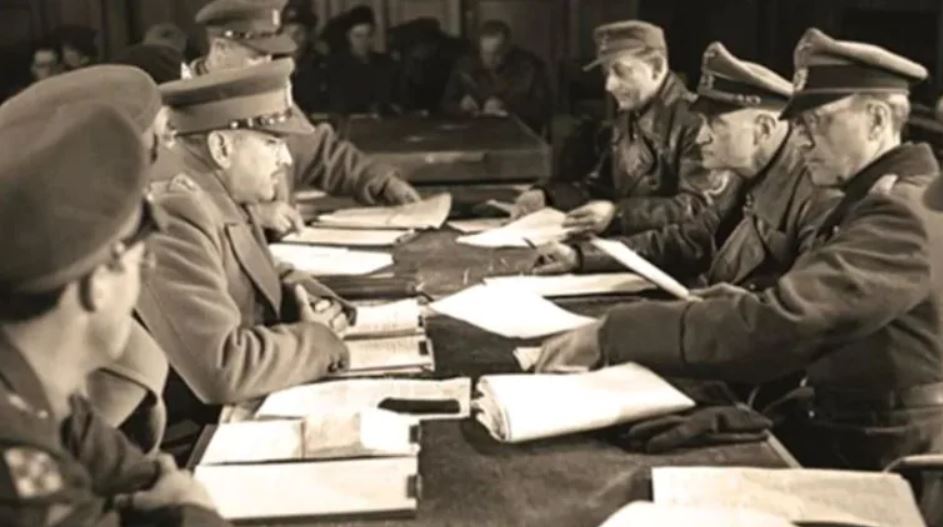 When Princess Margriet of the Netherlands lifts the veil on a bronze plaque at Beechwood Cemetery on Friday, she will be honouring a Canadian military figure who's arguably better remembered in her country than he is here.

The plaque pays tribute to Lt.-Gen. Charles Foulkes, who died in Ottawa in 1969 and is buried at Beechwood. His grave is marked by a simple granite headstone, according to military tradition.

Foulkes is most famous for the central role he played in Germany's surrender in the Netherlands during the final days of the Second World War, but his accomplishments before, during and after that event were no less pivotal.

"You could write a whole book on him, but no one ever has," said Tim Cook, chief historian at the Canadian War Museum and the author of a dozen books about Canada's military history.

"If Foulkes was an American general or a British general, he would certainly be much better known in those countries." Foulkes was born in Stockton-on-Tees, England, in 1903, one of eight children. His family immigrated to Canada, settling in London, Ont., where Foulkes enrolled at the University of Western Ontario before joining the Canadian military in 1926.

He returned to England in 1937 to undergo officer training at staff college, where he was deemed "sound and competent, and possessed of drive and determination."

History
Possessed of drive and determination - General Charles Foulkes
Written by | May 5, 2022
History
A farewell sign posted on behalf of Crerar to troops of the First Canadian Army
Written by | November 11, 2021
History
The History of the National Military Cemetery of the Canadian Forces
Written by | July 27, 2021
Share this: