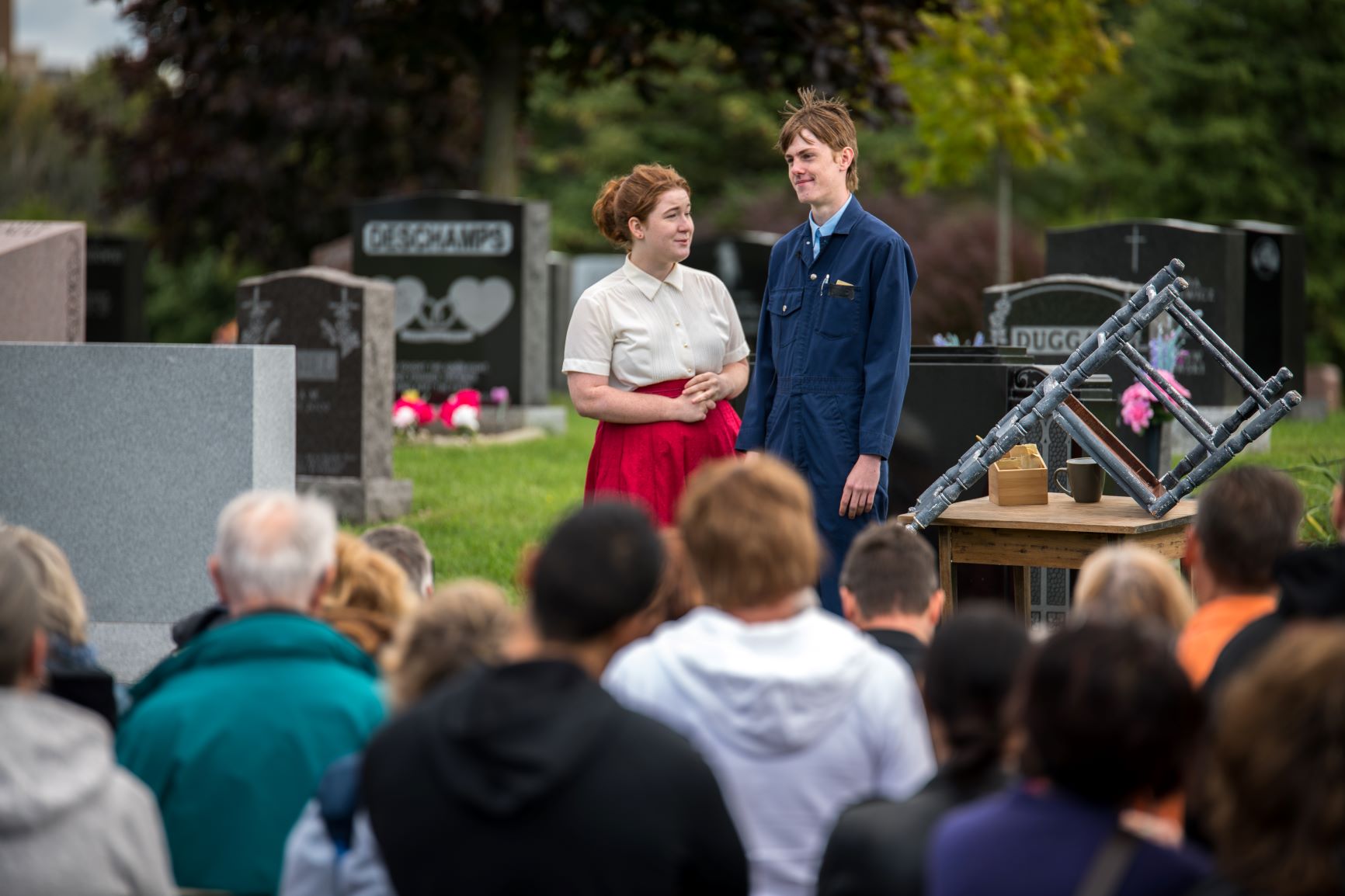 The 26th Annual Historical Walking Tour -Doctors and Nurses, occurred Sunday, October 4th. Up until the day before, the event had been planning to be in person however, due to COIVD escalating in Ottawa, Beechwood felt it was important to protect the community by making the event virtual. Overcoming some technical difficulties, the Annual Historical Tour was streamed on Facebook Live. Actors from the Ottawa School of Theatre performed vignettes highlighting the doctors and nurses who shaped healthcare in Ottawa and Canada.

Ella Bronson (1846-1925) sat as President on an all-female board of directors when the Ottawa Maternity Hospital opened. When it was later absorbed into the Civic Hospital, she did an immense amount of fundraising to help women’s health.

Annie Chesley (1857-1910) was the superintendent at St. Luke’s, which was the training school for nurses. She improved the quality of healthcare by revolutionizing the training of nurses.

Jessie Argue Fisher Jarman (1881-1970) was the Lady Superintendent of the Lady Grey Hospital, later called the Royal Ottawa Sanatorium. She also established a Training School of Nurses in the Sanatorium and was part of the group that organized the Emergency Hospital during the influenza epidemic in 1918.
Frederick Montizabert (1843-1929) assumed the duties of a medical inspector at the Grosse-Ile Quarantine station. At the time, the Quarantine station was the main point of entry for all immigrants coining to Canada from Europe and a long history of deadly cholera epidemics. The scientific concepts and principles he helped find, would revolutionize the struggle against infectious diseases during the last two decades of the 19th century, and create the modern public health programs we are using in 2020.

You can watch the actors performing the stories of these great Canadian’s on our Facebook page or our Youtube channel.

Thank you to the actors from the Ottawa School of Theater, to Director Kathi Langston and writer Susan Flemming for bringing this event to life.