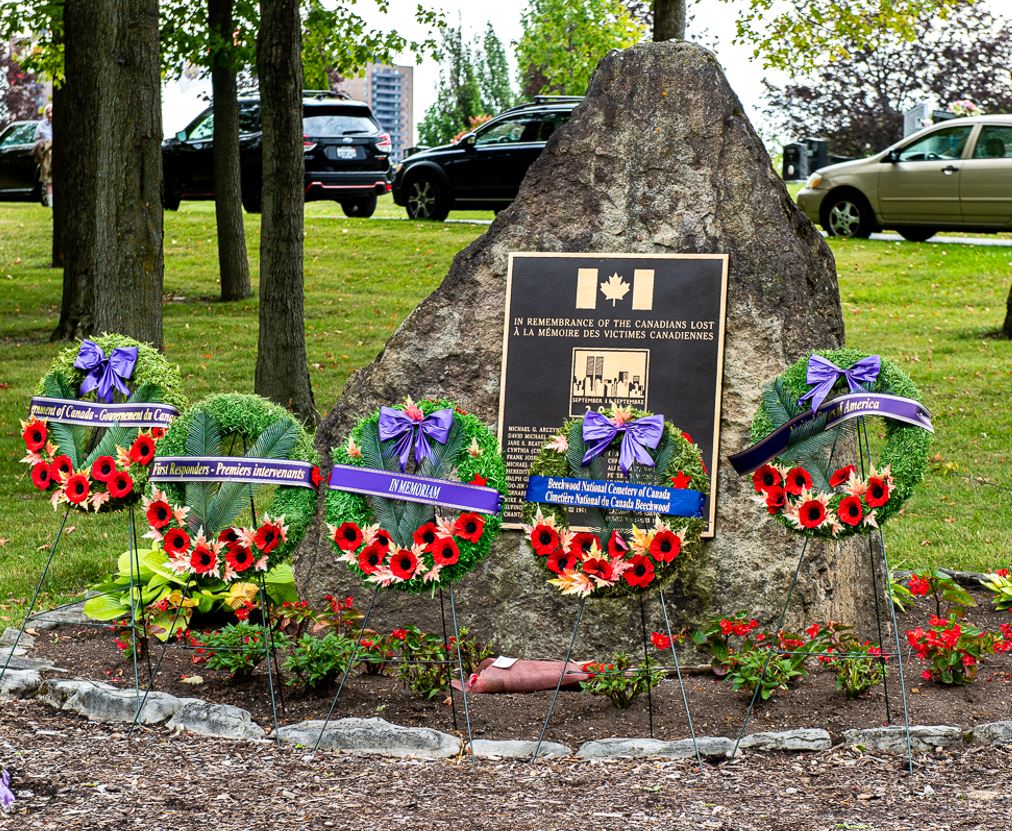 Dedicated on September 15, 2002, the Beechwood 9/11 Memorial was one of the first 9/11 memorials built. It remains the only memorial dedicated to the Canadians who were killed in the 9/11 attacks.

The plaque has the following inscription:

The concept for the monument came from Beechwood’s Staff Member Tania Turpin, who understood the need for people to share in their grief and sorrow.

This monument was built by our community with partners, and the families of the victims of 9/11 to provide a place to commemorate and mourn.