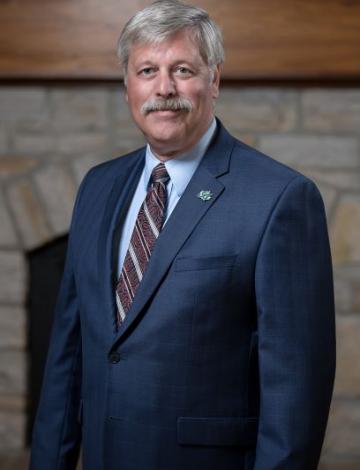 Andy is a fourth generation cemeterian and started his career at Mount Royal Cemetery in Montréal, where he was latterly the Director of Funeral & Cremation Operations. He made the move to Ontario in 2005 and assumed the position of General Manager at Riverside Cemetery, in Lindsay, Ontario.

In 2000 Andy served as President of the Ontario Association of Cemeteries (OAC) and after the association changed its name to the Ontario Association of Cemetery and Funeral Professionals (OACFP), he again served as President in 2010. He also has served on the OACFP Legislation Committee (now the Government Relations Committee) since moving to Ontario and has served as Chair of the Funeral Profession Coalition Council of Canada (FPCCC) two times. Most recently Andy was named Chair of the Bereavement Authority of Ontario’s (BAO) Cemetery, Cremation and Municipal Advisory Committee and will serve as a Board Member on the BAO’s Board of Directors.

Andy is married to Beverly and they are the proud parents of Michael and Sarah.

Andy is honoured to be part of Canada’s National Cemetery, and to be able to continue the “Beechwood Way.”