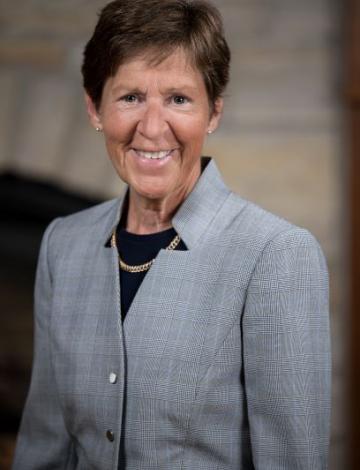 Ms. Léger was born in Moncton and raised in the nearby valley of Memramcook, New Brunswick.

She joined the Department of External Affairs, now Global Affairs Canada, as a Foreign Service Officer and Trade Commissioner in 1981. For the next 35 years, Ms. Léger represented Canada in seven different countries. She started her diplomatic career in Colombia, then went to Belgium, Switzerland and Israel before returning to Ottawa.

In 1995, she was appointed Ambassador of Canada to Panama and, in 2001, to Costa Rica with accreditation to Nicaragua and Honduras.  Her last posting abroad took her to Miami, Florida where she was Consul General of Canada until her return to Ottawa in 2016.

Following her retirement from Global Affairs Canada, Ms. Léger was asked to return to active duty and take on the role of Director General of Programs at the Summits Management Office, where she managed the large team that organized the G7 Summit in Canada hosted in Charlevoix, Québec. She is currently leading a large Human Resources project for Global Affairs Canada.

Throughout her career and even more so since retiring, Ms. Léger has been a strong advocate for women, especially women entrepreneurs.

Ms. Léger sits on the Board of Directors of the Ottawa Chapter of the International Women’s Forum and The Association of Retired Heads of Mission.

Ms. Léger holds a Bachelor's degree in Economics from the University of Moncton and a Master's degree from the College of Europe in Bruges, Belgium.