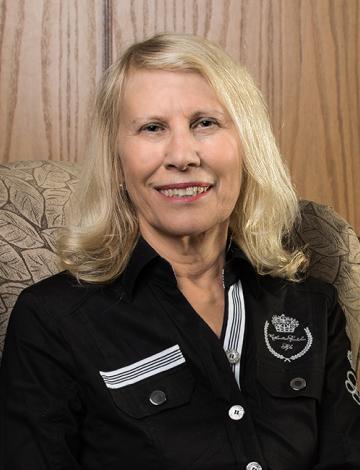 Clare Beckton BA LLB(Sask.) MPA(Harvard) Fulbright scholar and Littauer fellow 2005, is an award-winning advocate for women’s leadership, the author of Own It Your Success, Your Future, Your Life – a book which has inspired many women. She is a sought-after speaker, media commentator, consultant, facilitator, mentor and coach. She is the founder of OWN Your OWN Success - her consulting and leadership business and Executive in residence - External Relations and Partnerships at the Centre for Research on Inclusion at Work at Carleton University.

Clare was founding Executive Director of the Carleton University Centre for Women in Politics and Public Leadership (now merged with the Centre for Research on Inclusion at Work) where she led and facilitated cutting edge research initiatives and programs to advance women’s leadership. She led the development of a five-day advancing women in leadership program and is a facilitator in this highly-rated program which has already been offered to more than 600 women. She also sought and obtained scholarships for Indigenous women to be able to participate in the program and grow their leadership capacity. She has also provided custom leadership programs to a number of organizations in Canada for young women and women rising in leadership. In Jordan, she provided training through the Forum of Federations to a group of university students and to their mentors.

She is a lawyer, a former senior executive in the Government of Canada including roles as head of the agency for Status of Women Canada and Assistant Deputy Attorney General Aboriginal Affairs Justice Canada and former professor of law at Dalhousie University. She has extensive experience in leadership, strategy, vision, development and facilitation of leadership programs for different cohorts of women and girls.

Her study on women in mining has sparked new initiatives to open supplier opportunities to women entrepreneurs, thus supporting growth and jobs. Working in partnership with Equal Voice, she produced much-needed advice for women running for office and assisted with the creation of an accessible portal of information on women in politics in Canada.

Clare taught law at Dalhousie University, published a book The Media and the Law in Canada, and a number of articles on the Canadian Charter of Rights and Freedoms. She was widely recognized for her work, including by the Supreme Court of Canada respecting freedom of expression and equality. As a law professor, she was an advocate for human rights - including women’s rights - and was a representative on the president’s committee to increase the representation of women and minorities in faculty positions.

Clare is a recipient of a Fulbright scholarship to Harvard and was awarded a Littauer fellowship by Harvard (for leadership and contribution to Public Service). She studied at the Kennedy School of Government in 2004-2005 with an emphasis on cross-cultural leadership.

She serves on a number of boards including the subcommittee of the Invest Ottawa board developing a strategy to advance female founders and to create a culture of diversity and inclusion, director and vice-chair of Beechwood Cemetery Company and Beechwood Cemetery Foundation, and chair of the governance committee of the International Women’s Forum (IWF) Canada board. She is a founding member of the women and philanthropy program at the Queensway Carleton Hospital. Clare was a member of the Harvard Women’s Leadership Board for 8 years, and UNICEF’s 25th team working to advance maternal and new born health in developing countries.

Clare served on the Queensway Carleton Hospital board including as Chair of the Board, vice-chair and chair of the governance committee. While leading the hospital board she was able to increase women’s participation to 50 per cent. Clare was a member of the Canadian Task Force for Women’s Business Growth and a member of the advisory board of the Canadian Board Diversity Council. She is a sought-after mentor and coach serving as a mentor in the Women’s Executive Network, Women in Communications and Technology and the IWF international’s elite athlete program, and the IWF Fellows program. She gives many hours freely to coach and mentor young women and those going through transitions in their lives.

Clare led delegations for Canada to the UN in both New York and Geneva on Human rights, to the Women’s Leadership Network of the Asia -Pacific Economic Cooperation Forum, to the Inter-American Commission of Women, and to Moscow (on behalf of the Canada School of the Public Service).

She has been recognized three times by the Women’s Executive Network as one of Canada’s 100 most powerful women, given a leadership award from Canadian Women in Communications and Technology, named by Women of Influence as one of Canada’s diversity leaders, named by Federated Press as their women leader of the year and recognized by the Women’s Professional Network for the work of her Centre. She is also the recipient of a Canada 125 medal for Public Service. She has also received a Women Who Work award from the Embassy of Gabon.

She is a sought-after speaker on leadership speaking at many events nationally and internationally and is a frequent media commentator on a wide range of issues related to women’s advancement. Her advice is regularly sought by Parliamentary Committees and organizations seeking to advance women.