The final resting place of many early Bytown pioneers

Barrack Hill Cemetery was located at the heart of the old city, being the final resting place of many early Bytown pioneers and their families. 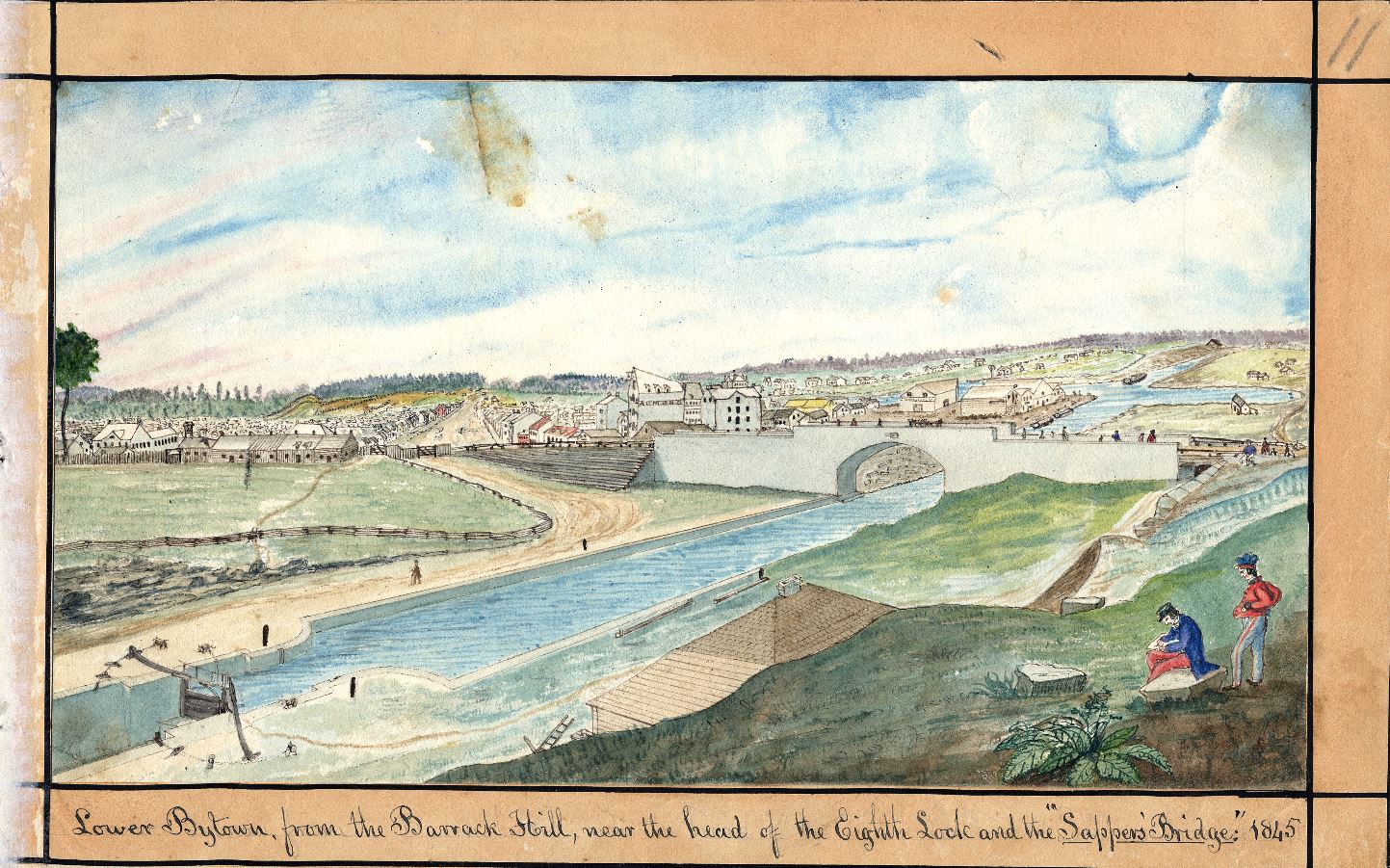 Starting in 1826, the construction of the Rideau Canal brought the Corps of Royal Engineers of the British Army and all kinds of workers to the area. The digging of over 200 kilometers of waterway brought jobs and soon settlers to the south side of the Ottawa River to live and work. This boosted the economy and effectively made Bytown a ‘boom town.’ This new town was primarily populated by English, French, Irish, and Scottish immigrants. With the sudden influx of people to the area, the crowding of the poorer areas, and the lack of hygiene, outbreaks of malaria, diphtheria, and other diseases ravaged the population. These diseases caused an incredible spike in deaths that prompted Lieutenant-Colonel John By, Royal Engineer overseeing the construction of the Rideau Canal, to commission Barrack Hill Cemetery.

The cemetery rested on a two-acre plot of land bounded by today’s Sparks, Elgin, Albert, and Metcalfe streets. The population grew from about 1,000 residents in the 1820s, to about 2,000 in the 1840s. This was brought on by canal construction, lumber industry, military, settlers, and emerging merchant shops to support the community. With more people brought the demand for more land and Barrack Hill Cemetery was closed around 1845 to accommodate the growing population. The evidence suggests that relatives of the buried individuals were asked to move their family members. 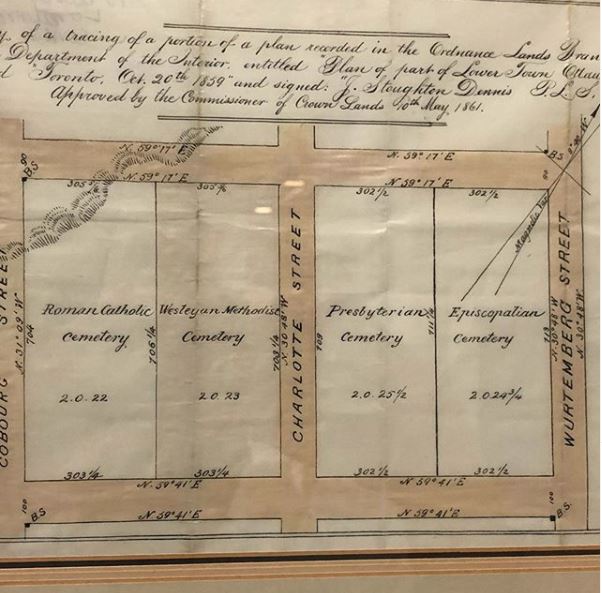 Many chose to reintern the bodies in Sandy Hill Cemetery, which now lies beneath MacDonald Gardens Park in Lowertown (closed in 1872 and moved to Beechwood Cemetery and Notre Dame Cemetery).

During construction of the Ottawa Light Rail Transit system, it was discovered that some of the human remains had not been removed from Barrack Hill Cemetery. It was most likely the case that family members could not afford the cost, had moved away, or entire families were victims of diseases. The presence of wooden coffin remains, coffin hardware, rectangular grave shafts, and other indicators of 19th century burial practices confirmed that the individuals were indeed from Barrack Hill Cemetery.

In the summer of 2014, in accordance with agreements, the remains were disinterred with the utmost care and respect by archeologists and moved to the Canadian Museum of History for analysis. In 2016, a new portion of the Barrack Hill Cemetery was discovered near the new Parliament Station on the Confederation Line. The agreements stipulated that experts from the Canadian Museum of History could conduct invasive and non-invasive analysis to determine the circumstances of death, patterns of disease, sex, stature and age at death. 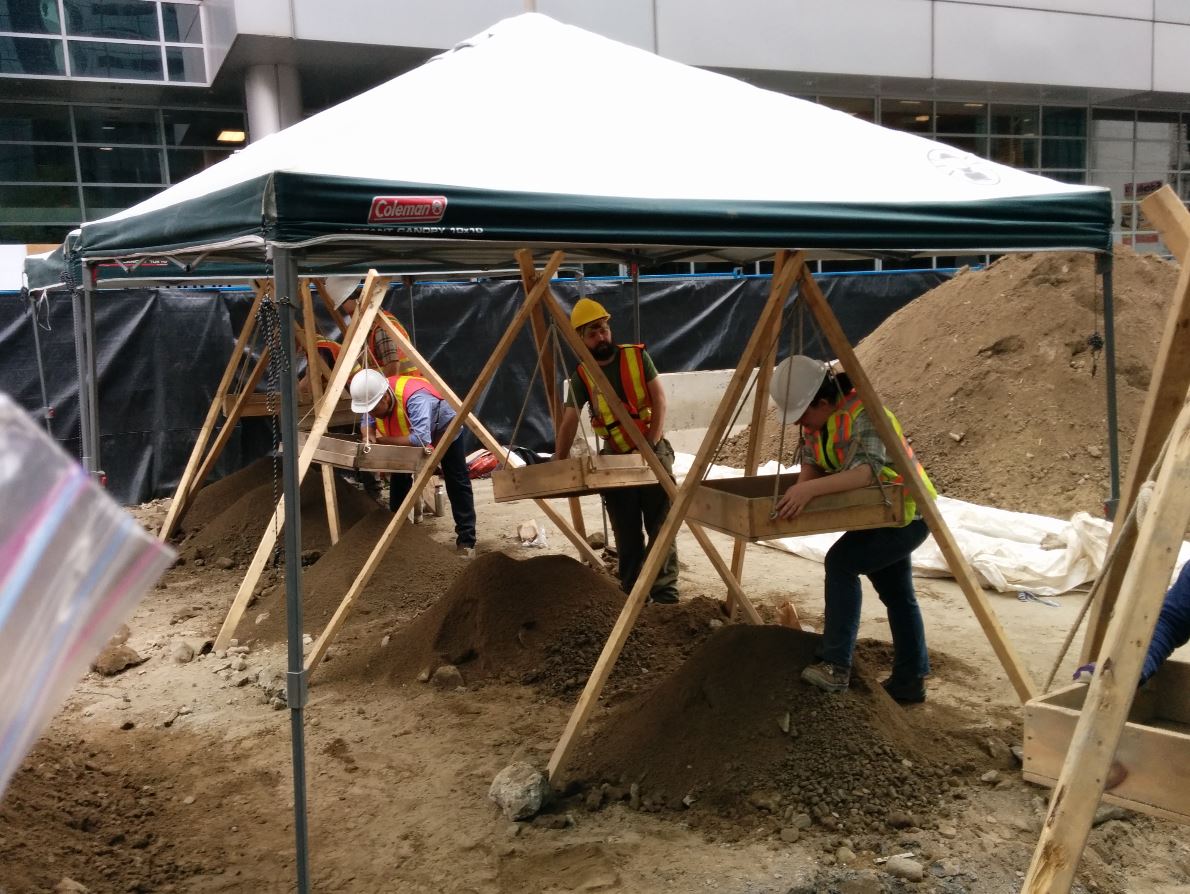 The analysis identified evidence of difficult lives, including indications of malnutrition and bodily stress, and skeletal degeneration sometimes associated with hard labour. Based on research conducted by the City of Ottawa Archives on funerary practices from the 19th century, steps were taken to follow these guidelines. Caskets were crafted out of pine, painted black, with the human remains wrapped in a shroud.

Private ecumenical burials at Beechwood Cemetery were held on September 25th, 2017 and October 4th, 2019 to reinter all but two of the individuals from these disinternments. Private, respectful, ecumenical funeral services including music, poetry, hymns, prayers and final committal blessings, complete with an 18th century horse drawn hearse, contemporary to early 1800s funerary practices to reinter the final individuals took place on October 1st, 2017 and October 6th, 2019 at Beechwood Cemetery.

A permanent, commemorative plaque was installed at the gravesite at Beechwood Cemetery for the first reinternment in 2017 and a secondary plaque in 2019. While we do not know the identity of these individuals, Beechwood Cemetery records will reflect these historical and archeological events and findings. Life for these brave people who came to this city in its earliest days was often short, difficult and certainly precious. Their faith and hope would have been a powerful motivation and comfort for them in daily life in early Bytown. They most certainly lived by Ottawa’s current motto “Advance-Ottawa.”

Barrack Hill Cemetery has become central to the history of Beechwood. With every tour and group that visits, we share the stories of this forgotten cemetery, for these early Bytown residents should be celebrated and always remembered.