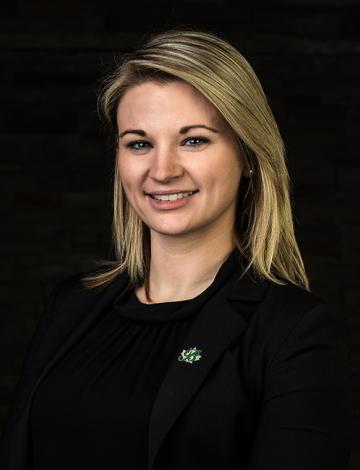 Meaghan Shanahan was born and raised in Hudson QC, a small town just west of Montreal. Fully bilingual, she came to Ottawa in 2007 to pursue her post-secondary education. In 2010, she completed her Honours BA at Carleton University in Criminology with a concentration in psychology; she went on to complete her Master’s degree in criminology at the University of Ottawa in 2012.

Meaghan joined the Beechwood team in 2013 and has gained extensive knowledge about the bereavement industry since then. She is proud to serve families from Ottawa and its surrounding areas. In addition, she is currently a Liaison for the RCMP National Memorial Cemetery.

In her spare time, Meaghan enjoys maintaining an active lifestyle, including playing team sports such as soccer and ball hockey. Meaghan is married to Mark Wells and is a proud “Mama” to their two dogs Sadie and Wilson.