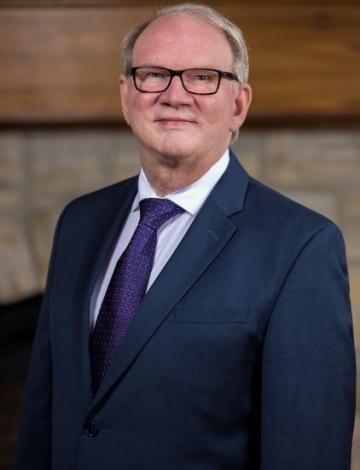 For over 28 years, Dr. Davidson served the Canadian Forces Medical Services in increasingly responsible clinical, research, training, operational, managerial, and command positions in both the air and maritime environments.

After retirement in 2005, Dr. Davidson worked for the Deputy Speaker of the House of Commons for two years as a policy advisor. From August 2008 to March 2018, he worked as a part-time contractor for Transport Canada, filling the role of Regional Aviation Medical Officer responsible for medical certification of civil aviation pilots and air traffic controllers in the Atlantic and International Regions. In 2018, he founded Turning Stone Medical (TSM) Inc., an occupational medicine consulting company providing advice and services to both public and private sectors.

Throughout his career, Dr. Davidson has retained a keen interest in the provision of health care and the prevention of illness and disease. In 2012, he joined the Military and Hospitaller Order of Saint Lazarus of Jerusalem, a heraldic Order committed to caring for the sick and dying, fostering Christian unity, and alleviating the pain and suffering in persons with leprosy. He is now a member of the Board of Governors for the Order of Saint Lazarus and also a member of the Board of Directors for Effect:Hope (The Leprosy Mission Canada). He is eager to contribute to the valuable work of the Board of Directors at Beechwood Cemetery Foundation.