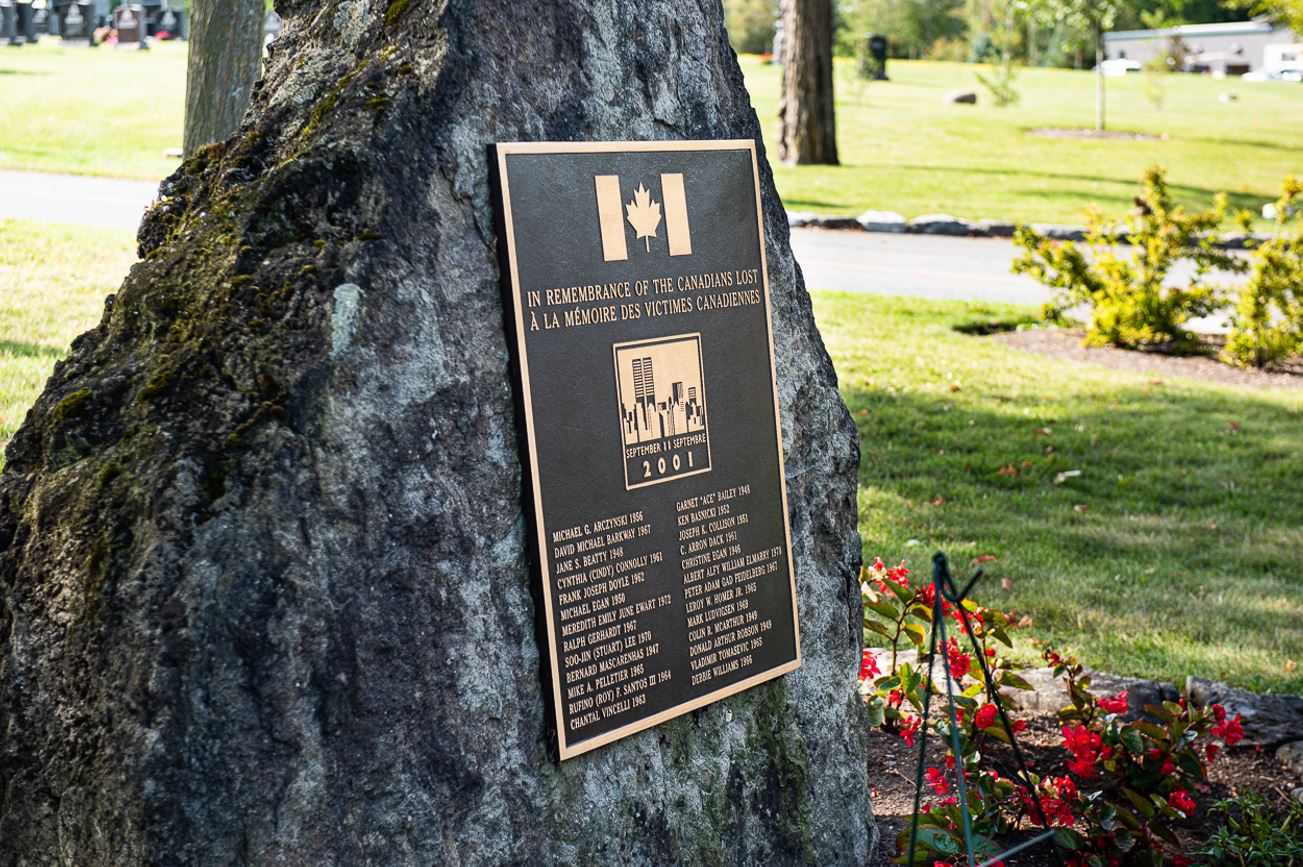 OTTAWA -- For the past two decades, Sept. 11 has been a day that weighs heavy on Georgina McLennan. “You sort of go on with life but on a day like today, it brings it all back.

It’s definitely affected our family,” McLennan, a guest of honour at the remembrance ceremony put on by the United States Embassy, said. Guests and dignitaries from more than half of the 90 countries who lost citizens in the attacks on Sept. 11, 2001 honoured the lives of the victims on Saturday - like David Barkway, one of 24 Canadians killed, and the son-in-law of Georgina McLennan.

“He was very close to us; he and my daughter had been together for about 13 years and he was like a big brother to my other two daughters and my son,” she recalled.

McLennan and her family were honoured at another ceremony at Beechwood Cemetery, this one also commemorating the first responders. Across Ottawa, those with ties to the infamous day reflected on a somber anniversary. “I don’t know what ever drove anyone to do something like that, it was kind of sad,” Yvon Valade said.

Valade was working in New York when the planes struck. He recalls standing at the Brooklyn Bridge watching the devastation, and seeing people fleeing, covered in soot and rubble. “What was really shocking to me was the people walking were covered in a brownish soot that they were covered in. It was unbelievable,” he said.

Two decades later, Valade still recalls desperately trying to connect with his wife on a day so many were looking for their loved ones. “She got home on her own, I don’t know how, and we eventually met up at home later that night. It was pretty crazy,” Valade said.

Three days after the attack, on Sept. 14, 2001, Canada held a major ceremony on Parliament Hill in memory of the victims. Prime Minister Jean Chrétien spoke under Canadian and American flags.

Today, those same flags were gifted to the U.S. Embassy. “The fact that those flags were present then and given to us just really cements the special relationship that we have with Canada; that they would think to do that and memorialize that particular moment,” United States Chargée D’Affairs Arnold Chacon said.