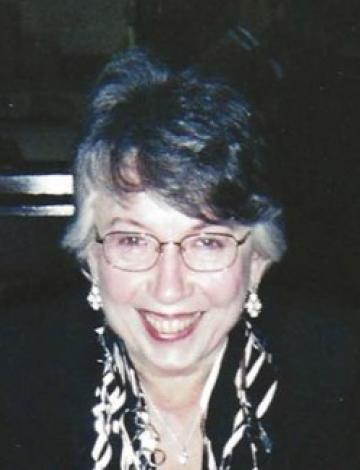 It is with deep sadness that we announce the passing of Shirley Rousseau on February 8, 2020 in her 80th year.  Originally from Milford Station, Nova Scotia, Shirley joined the Royal Canadian Air Force, regular force, in 1958.  A provincial government retiree and past executive and lifetime member in the Royal Canadian Legion, Shirley was awarded the Royal Canadian Legion's 60th Diamond Jubilee Medal, as well as certificates of merit and appreciation for her work in Montgomery Branch Legion #351 and in the community at large. Shirley’s life centred around her family.  There wasn’t a holiday celebrated without mom’s apple and lemon pies; or, a visit that ended without a care package of baked goods, to go.  We were always at the top of her mind and we knew that however far from home we were, the door was always opened.  Shirley was predeceased by her husband of 37 years, Jean-Claude (Gino) Rousseau of Nicolet, Quebec, who has spent the better part of the last 23 years “in the [linen] closet”, until our “moder” could decide where they would rest.  Also, her parents James and Isabel (Hartlen) Woodworth, and brothers Donald, James and Calvin all of Milford.  She is survived by her children, Peter (Barbara) and Nickie, cherished grandchildren, Aaron, Scott, Henry and Maddy; and, sisters Marion (David Webb) and Nola (Randy MacDow) both of Milford.  The family would like to thank all the doctors and nurses and most especially, Dr. Villeneuve, Oncologist/Haematologist at The Ottawa Hospital for their compassion and care they showed our mom during her brief illness and for enabling her to celebrate one more Christmas with us; and, the caring and compassionate staff and volunteers of Ruddy-Shenkman Hospice and Palliative Care who took such exemplary care of our mom during her final days.  For those wishing to honour Shirley’s memory, in lieu of flowers, please consider a donation to Ruddy-Shenkman Hospice and Palliative Care, The Élisabeth Bruyère, or a charity of your choice.  Private interment of both Shirley and Gino to take place at the National Military Cemetery, Beechwood Cemetery in the spring.

We are so saddened to hear of your mother’s passing. She was such an amazing neighbour and has always been such an inspiration. Always smiling, always kind hearted and always such a busy bee.

We are all wholeheartedly with you during this trying time. Our thoughts and prayers are with you all.

Our prayers and deepest heartfelt sympathies go to you, Pete and Nickie and to your families.