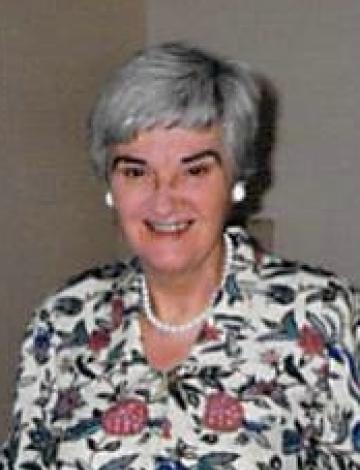 A survivor, from the bombing of London in WWII, the early death of both of her parents, tuberculosis in her early adulthood and breast cancer much later.  She is remembered by her husband Donald, her son Duncan, his wife Christina and grandchildren Naomi and Caelan; also by her cousin Adrienne and her husband Alan; and Yvonne in the UK.

Patricia was a keen traveller, visiting Scotland, Europe and Norway during vacations while living in the UK and travelling to the West coast following her arrival in Canada.

She immigrated to Canada in 1954 but remained a British citizen over the years of life in Montreal, Halifax, Toronto, Montreal again and finally Ottawa.  She studied chiropody at Chelsea Polytechnic in London and worked in that profession for nearly nine years before her move to Canada.  She soon changed professions by taking the Teacher Training course at Macdonald College in Montreal; working as an elementary school teacher before her marriage to Donald and childbirth.

Later she volunteered as a teacher's assistant and also with Reclaim, an organization which provides language training to adults.  Patricia enjoyed skiing, and snow shoeing in the Laurentians and at family cottages.  She was an engaging conversationalist, a keen reader of books, and always had the radio on, listening to the CBC.

Her deteriorating health in 2019 required the assistance of PSW'S from Assurance Home Care and Carefor, who came in all weathers to see that she was helped.

A private graveside service will be held at Beechwood Funeral, Cemetery and Cremation Services (613-741-9530).  If desired, donations to the Dementia Society of Ottawa and Renfrew County are appreciated.