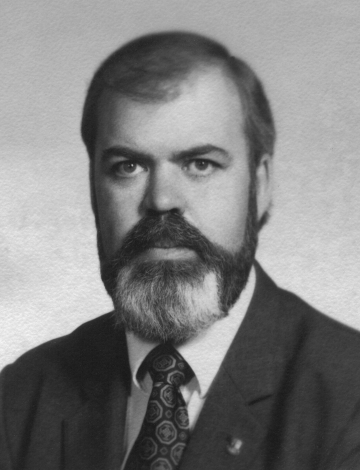 He was born on January 15, 1946, to Walter and Alda Inglis in Winnipeg, Manitoba.

Greg grew up in Pine Falls, Manitoba in a tightknit family with his parents and two brothers. He served as a Master Cadet in the Army cadets as a teen. He attended the University of Winnipeg and University of Manitoba. He graduated with a B.A. with a major in Political Science and a minor in History in 1970.

He married his beloved wife Shirley Brownsmith on May 22, 1971. He was a loving and doting husband; they had a long, happy life, sharing each day with laughter together.

Greg had a long and diverse career. He began with Canada Customs and Excise as a young man in Winnipeg. He soon worked in investigations and was then transferred to Ottawa, then acted as a liaison officer in London, England and Belgium for five years. Greg returned to Ottawa to finish his career with Customs, retiring in 2003.

Greg was an avid photographer, gardener, astronomer, woodworker and history buff. He was known as an old-fashioned gentleman with a wonderful sense of humour.

Greg is survived by his beloved wife of 51 years Shirley, his brother John (Audrey), brother Chris and many nieces and nephews in Canada and England.

He was preceded in death by his parents Walter and Alda.

Interment will be at Beechwood Cemetery in Ottawa.

Greg was a real gentleman and highly respected Customs official. He will be missed. My condolences to his loved ones.
Rob

I was very saddened by Greg's passing. Greg and I were colleagues and friends at work for many years and I always enjoyed his company and conversations. Greg had so many hobbies and interests, many of which I shared, so our discussions were always very stimulating and interesting. I miss those days. My condolences to Shirley and I hope that your memories of Greg and the wonderful times that you shared together will help you through this time of grief.

Greg was a fine gentleman of quiet competence. I knew Greg since he joined Customs in the mid 1970s, and we kept in touch after retirement over regular lunches with other former colleagues. It was sad to learn of Greg's sudden passing. Greg always had fascinating bits of European history to recall. I have fond memories of working with him when he was posted in London and in Brussels. My deepest sympathies to Shirley and family.

My condolences to Greg's family. I worked with Greg many years ago in Anti-dumping and so grateful for the wonderful work he undertook in restoring two damaged photographs for me.

My sincere condolences to Shirley and family. Greg was a multi-faceted friend and a respected Customs colleague. His knowledge and accomplishments led to his well-deserved overseas posting as Customs Attaché. Greg was a true gentleman who will be missed and fondly remembered by all who knew him.

I worked with Greg since the early 80's. I very much enjoyed working with him and learned a great deal from him. He will be missed.

I was very sorry to hear that Greg passed away. He was a very good neighbour and we will miss seeing him. Our deepest sympathies to Shirley and Greg’s family. Our thoughts and prayers are with you through this time of grieving.

I was saddened to hear of Greg's passing. We closely worked together & shared many stories of his hobbies & interests. Although Greg was fairly quiet & bit reserved, we managed a lot of laughs & a bit of ribbing. My heartfelt condolences go out to you Shirley & the entire family. May God be your comfort & strength during this time of grief.