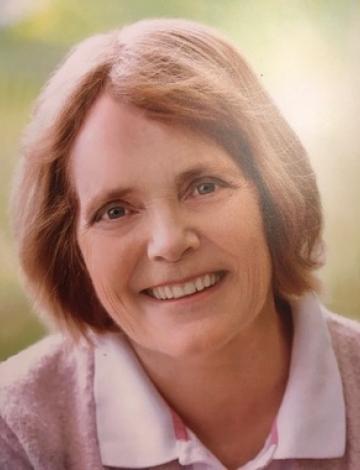 Click below to make a donation on behalf of Joan Ripley

Joan was surrounded by family and love as she left this earth on Thursday, November 19, 2020. Joan was the first of 3 children born to Elvin & Bertha Fernquist. Bertha brought Joan into this world in Shaunavon, SK. In less than 2 years, Joan had a little brother, Leslie, who she fiercely protected, loved and supported throughout his medical battles. Joan's formative years were spent in Regina Sk., where baby sister Shelley was born. Joan excelled as an accordionist and received many accolades, often playing on the local TV stations. It was in Regina where she met her high school sweetheart, a man who she referred to as the love of her life and her best friend. Joan and Carl were married for 40 years and allowed for opportunities and adventures throughout Canada. Saskatoon: the birthplace of their first daughter, Monique, and only son, Michael. Greenwood Nova Scotia: was far from Joan's roots in Saskatchewan, so Joan's focus was her family and she made a beautiful home for them. London, Ontario: Carl attended university; Joan stayed at home and provided a loving home for her family; the family of 4 was expanded to 5 with the birth of their second daughter, Nicole. Cold Lake, Alberta: the family of 5 were establishing family traditions which would hold true for decades to follow. Ottawa, Ontario: is where her 3 children completed their education and made the city their home.
Monique, Michael, and Nicole are, admittedly so, the three biggest accomplishments of Joan's life. Her grandchildren filled Joan's heart. Family was the most important focus of Joan's life. Joan loved deeply and forever.
Joan was pre-deceased by her parents Elvin & Bertha. Left to cherish Joan's love and share beautiful memories are: her children Monique Lloyd (Dennis), Michael Ripley, Nicole McKlusky (Derek); her grandchildren Emmett & Gavin Lloyd, Drew, Sydney & Ryan McKlusky; her siblings Shelley & Leslie Fernquist.
A tribute to Joan can be made through the Epilepsy Foundation.

Mrs Ripley- we miss you dearly. You were my second mom for so many of my formative years. Thank you for leading by example and for showing me yet another example of what a great mom and wife looks like. I know you are smiling down on us. I pray that you are resting in peace.

Aunty Joan you will be missed. We will always love you.

I can’t list all the lessons you have taught me but I know there are many, that I learned from your positive spirit, welcoming nature and generosity being a young girl having you as a neighbour, and as a second Mom in my family.
It is true when your sister said today - if you were fortunate to get a hug from Joan you felt it. Thanking you for the hugs, the support, the amazing example that you set as a mother and as a loving person, and the exemplary children you raised in Monique, Michael and Nicole who I consider my family. Thanking you also for the interest you took in my sister’s life and the hand you took in raising her as well, and the love and friendship your offered to my entire family. You will never be forgotten.