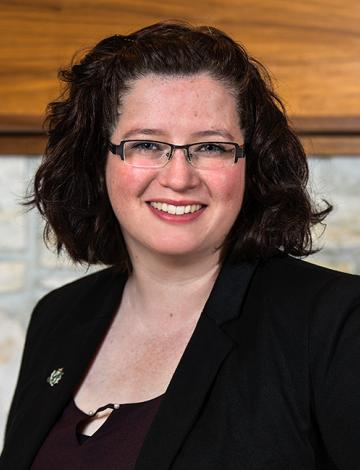 Justine was born in Brockville and raised, just south of Ottawa, in the Spencerville area. She completed her BSc. in Biopharmaceutical Sciences with Honours in 2008, and then decided to pursue her interest in Funeral Services, while working with a large Ottawa Funeral Provider.  Completing the Funeral Service Education Program at Humber College, Justine graduated at the top of her class in 2011, and holds a Class 1 Ontario Funeral Directors License.

Justine has had the pleasure of working in a variety of roles, with several Ottawa based funeral providers. Her roles consisted of: Meeting with families to make funeral arrangements, directing funeral services, acting as a preceptor for up-and-coming Funeral Directors, working with local organizations in promoting and understanding the role of a funeral director, and proud to have worked with National Defence – Directorate of History and Heritage Casualty Identification Program.

Justine is also proud to have worked with Beechwood for over three years, dedicating her time to working with bereaved families, and working alongside some of the best professionals in the Funeral Industry.  When not working, Justine finds herself spending as much time as she can with her family.