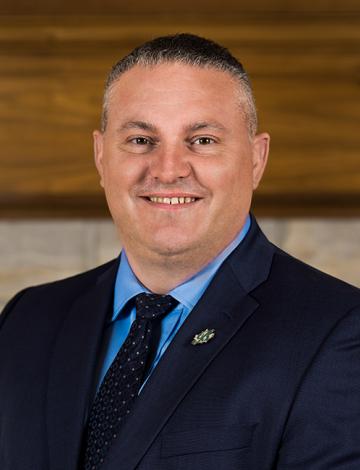 After earning an Honours Bachelor of Arts Degree from the University of Toronto in May 1994 in Economics, James Patterson began his career at Beechwood as a Family Services Councillor. In 2000, James was named Senior Family Services Representative, and in spring 2009 he was promoted to Director of Family Services.

James maintains longstanding relationships with many of Ottawa’s ethnic and religious communities, including the Lebanese, Greek, Egyptian and Polish communities. In 2008, James was named an honorary member of the RCMP Veterans’ Association, Ottawa Division, for his many years of dedicated service as the Liaison to the RCMP National Memorial Cemetery.

James, along with his wife Jennifer and children Jesse and Hannah, have a passion for the outdoors, and spend their winters on the slopes and summers on the water.