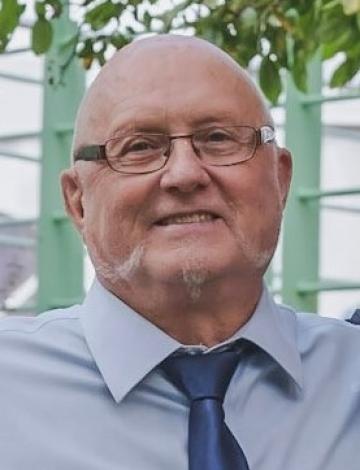 It is with great sadness that we bid farewell to Ron Brown, a special father, brother, uncle, son and friend. Ron passed away suddenly, but peacefully, in his sleep on February 12, 2020.

He was a very dedicated father to his son Daniel (Danny) whom he loved so much.

Ron was the cherished friend to Lynne (Danny’s mother), Arnold Erbs and many others.

Ron left home in Harrow, Ontario at the age of 14 years old, and after working at local horse training farms in that area for a while, he came to Ottawa where he established his roots. Ron had many talents. His first love was training and competing in equestrian disciplines. At one point in his career, he was awarded an Ontario Provincial championship. We were all so proud of all of the ribbons and trophies he had won over the years. He was also an accomplished carpenter and later in life he enjoyed working with his son, Danny, preparing foods and doing daily deliveries. He was so proud of all of those things.

Most importantly he was a fun loving, grateful, sentimental and very thoughtful person. Always sending cards or some kind of trinket to remember those special occasions. He was a bright light in our lives and we will miss him with all our hearts.

Until we meet again. Rest in peace Ron.

Our heartfelt condolence Danny, Paige, Bryan and Uncle Chuck. We will all miss him.

We are so sorry to hear of Ron's passing. RIP, you were a very kind man.

Ron was my first instructor as a horsey person. He taught many young people to ride and jump at Silver Springs stable in Ottawa followed later by his own stable, Shadow Ridge. Ron made a great contribution to the equine scene in Ottawa and district and will be missed by many people.

I met uncle Ran in Turks and Caicos a few years ago he was such a sweet man ,may his soul Rest In Peace 🙏🙏

I have very fond memories of you, dear Ron - so many fun times and good laughs together. You were a patient instructor when I was learning to ride, and You helped me get back on my young horse after my very spectacular fall. I will always have a thought for you while enjoying the beautiful two-level deck you built for Brian and me. You were a kind and gentle soul who never failed to call at Christmas as well and send a card. You and Lynne made a terrific son together; I am honoured to be Dan’s godmother. Adieu my friend. Rest In Peace.

My most heartfelt sympathy to my dear son Dan and the Brown family.
Ron held a special place in my heart. He was a wonderful friend and amazing dad and I will miss him so, so much.
Please know that you are in my thoughts and prayers.

I met Ron some 50 years ago at silver spring riding stable, we became long time friends and room mates in the earlier years. In the past couple of years we reconnected and shared our life stores, fond memory’s and ups and downs that life provides. I will miss our long conversations of recent. Until we meet again my friend. Calgary alberta Steven Wills

It is with heavy heart that I send my deepest sympathies to Ron’s family. I am very sorry for your loss. I wish you strength at this sad time.

I have known Ron for 50 years. When he arrived in Ottawa and worked as Riding Instructor at Silver Springs Farm, I was one of the first of countless people Ron taught horsemanship to over the years.

I hold fond memories in my heart and will always be grateful for a recent re-connection with Ron. May he Rest In Peace.

Our deepest condolences to Dan, the Brown family, and Ron’s friend Lynne. I will always remember Ron as a warm, caring man who was always ready to help at the drop of a hat. He was a dedicated father to Dan and was the kind of person that could light up a room with a smile and a story. He will be missed. Our thoughts and prayers are with you Ron. 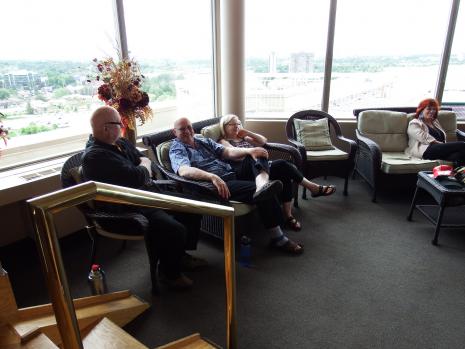 A family get together. Summer 2019
Submitted by Jerry and Kathy Cummings 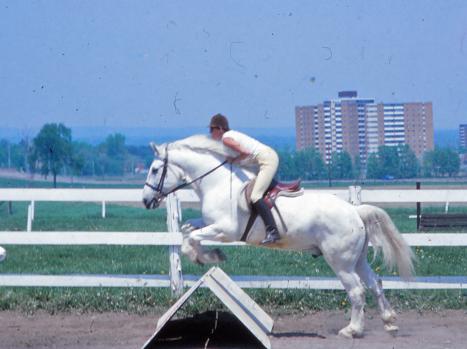 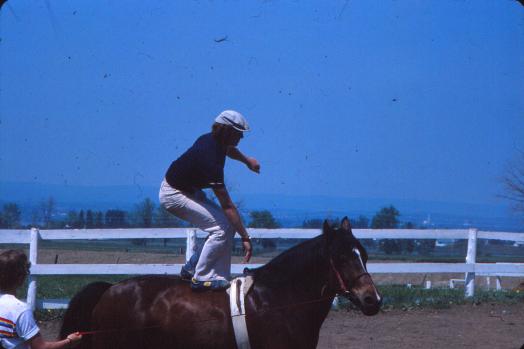 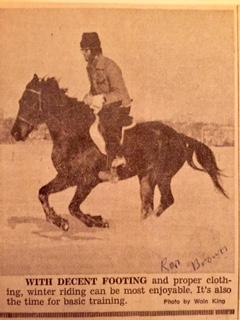 Ron in his riding days
Submitted by Steven Wills