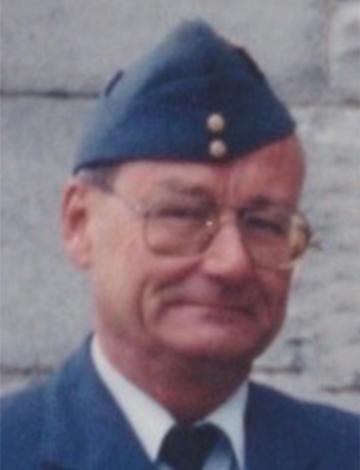 Click below to make a donation on behalf of Mark MacNamara

S/L MAS MacNamara died peacefully in Ottawa on his 80th birthday, an act of symmetry for which he would have been very pleased. Born and raised in Ottawa, Mark was both an Electrical Engineering graduate of the Royal Military College class of 1961 and of St. Michael’s College at the University of Toronto class of 1962. He was also a graduate of the US Naval Post Graduate School class of 1975 where he completed a master’s degree in Aeronautical Engineering with distinction.

Mark served proudly for 37 years as an RCAF aerospace engineering officer in multiple locations across Canada, the United States, and Europe. As a warrior of the cold war, he retired in 1994 only after he was confident of the capitulation of the Soviet empire.

Fondly remembered for his innumerable adventures and especially those in his trademark WW2 Jeep; he proved twice that an officer's mess lower lounge could indeed function as a garage. His encyclopedic memory and knowledge was only surpassed by his extraordinary skills in fixing anything electrical or mechanical, which he put to good use in retirement in his basement precision machining and auto repair shop.

Mark was an enthusiastic supporter of the Royal Canadian Legion, 410 Wing and was founding member of the ‘Knights of the Round Table,’ an association of comrades of which he was proud member right until the end.

Predeceased by his parents Francis and Lois (nee Colquhoun), Mark is survived by his beloved wife of 52 years, Margaret (nee Stalker); his brother Sean (Gail) MacNamara and sister Frances Long; his daughter Caitlin (Paul Hooper) MacNamara and son Patrick (Shawna) MacNamara, and his grandchildren Madeleine, Kenna, Covey, William, Elliott and Frances, and niece Anne Marie (Colin Hogan) Long, nephew Patrick (Laura) Long, and cousin Ian (Amie) Colquhoun, as well as a great many friends from around the world with whom he had forged lifelong friendships.

The family acknowledges with gratitude the caring staff at Beacon Heights Retirement Residence and the medical team at the Montfort Hospital.

In lieu of flowers, please consider a donation to the Alzheimer’s Society of Canada.

May all your skies be CAVU and all your runways clear and may all your fuses arm as intended.

Losing a loved one is always difficult and so I wish you my heartfelt sympathy as you go forward in life. May you always remember the dignity with which he lived his life in the coming days ahead.

As a "Sprog" Lieutenant at AETE in 1976 at my first TGIF I first met the remarkable Mark MacNamara. My first Jeep ride followed around midnight and all survived. Some individuals earn the description as being a character and Mark had that in spades. We will all miss him dearly and our condolences to you Marg and family.

I only met Mark once. He took for a tour of not only his very clever home heating system but to the Ottawa airplane museum. We was a remarkable guide. Condolences and sending much love from down under.

To Marg, This is a sad follow-up to our recent chat. I’m sorry not to have had a final visit with Mark and to be unable to to attend the ceremony at Beechwood. I offer my most sincere condolences.

My sincere condolences to Margaret and Mark's family. I didn't know him well, but he was a character, story teller and genuine person.

Marg, our condolences to you and the family. You were always so kind to me when Mark, as my first boss at AETE, took me under is wing and introduced to automotive mechanics and engine tuning in the driveway of your PMQ. Blessings to you all.

Caitlin, I am thinking of you and your family. Losing a parent is so hard. You were a loving and dedicated daughter and I am sure he appreciated and treasured the efforts you made to spend so much time with him in the last year. I hope in time warm memories will replace the grief you are felling now.